Privatisation of the Royal Fleet Auxiliary? 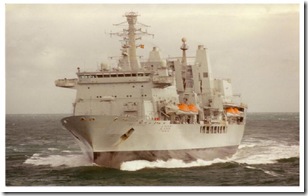 I have just retired from the RFA and consider this a very bad idea. The article in the Times a few days ago spells it out. However although it may save money it will weaken our defence.

This paragraph would on the surface make sense:

The MoD is also considering outsourcing the management of the RFA fleet. This could be given the go-ahead as part of a review into the RFA fleet or it could be introduced solely for the six new vessels. Several groups including James Fisher, the UK’s largest ship broker, Maersk, Serco and VT Group are understood to be interested in managing such a contract.

And this is what these companies will try to bamboozle the government to allow:

Yes they could do that, but it would be a disaster in many ways.

1) Security: RFA seafarers are vetted to a minimum of "Secret" clearance. (Yours truly is vetted to "Atomic Secret"). How would they be able to vet foreign Nationals. Which ally would work with this level of uncertainty?

RFA training is in advanced firefighting, damage control, Nuclear warfare, chemical warfare, biological warfare, operation of the weapon systems (Yes the ships are armed), Secure communications, Replenishment at sea (Very close manoeuvring of two or more vessels, which would make the average commercial Captain have a heart attack), and many more drills. These are ongoing and extremely thorough. Each ship also has to undergo a gruelling evaluation period on a regular basis which exercises all these parameters. Can you imagine a commercial outfit, costing and training for that?

3) Turnover of personnel: RFA personnel are intensely loyal. They are not just in it for the job. For most it is a vocation.

I could go on, but I'll let readers decide for themselves if privatisation is a good thing or not.

We really are going to Hell in a Handcart under this Government.

Source for the Times article is here.

Posted by The Filthy Engineer at 20:32 7 comments:

Email ThisBlogThis!Share to TwitterShare to FacebookShare to Pinterest
Labels: RFA

Microsoft. Can they never get it right first time? 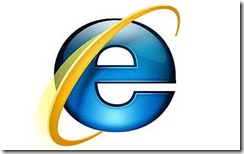 Microsoft has rushed out a software update for Internet Explorer after the browser was found to contain a security flaw.

Why is it that they always push their programmes out before they're checked properly? 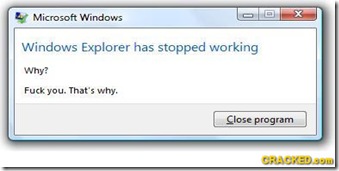 The "out of band" security update – so called because it has not been released as part of a wider package of software updates – fixes the security flaw that is thought to be related to recent hack attacks against Google and other organisations.

Why can't they be like these outfits who show responsibility over short term gain?

Rival browser makers, including Firefox and Opera, are said to be benefiting from the fallout, with downloads of Firefox spiking in Germany immediately after the government issued its advice, and more than twice as many people as usual downloaded Opera over the weekend.

If you are silly enough to be using Internet Explorer the security patch can be downloaded from HERE.

Killer Toasters? What next. 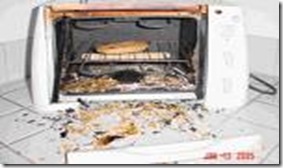 Following on from my last post,it's not only the law that's out to get you. In the Mail (Sorry), theres an article explaining how your Kitchen is out to kill you. Be very afraid.

Several hundred people a year worldwide are killed by their toasters, compared to eight or nine by sharks.

Toasters are potentially deadly because they contain exposed live electric elements and the way they work invites one of the commonest causes of serious home accidents - electric shocks caused when using a metal knife to prize out a slice of stuck toast.

And it gets worse. Apparently my sink cupboard contents are going to kill the world. Bye the way, has anyone looked in Saddams sink cupboard for those pesky WMDs.

Under the typical kitchen sink can be found enough potentially hazardous chemicals to start a minor WMD programme.

Put a childproof catch on the door, throw away old bottles of chemicals and never use the same space to store food.

Oh well, time to get the chemical suit on an dig out my S10 respirator.

Posted by The Filthy Engineer at 13:48 No comments:

Break the law at your peril

It would seem from this article in the Mail today, that you really can be locked up for anything.

Labour has created 4,300 new crimes since taking power - including a ban on swimming in the wreck of the Titanic and on the sale of game birds shot on a Sunday.

Gordon Brown has been the worst offender in this unprecedented 'legislative splurge', with his Government creating new offences at the rate of 33 a month.

I especially liked this:

More loony ones below:

The biggest problem I find with this wankfest of new law making, is that most of us don't know about them until some Jobsworth comes knocking on our door to inform us that the nuclear weapon we are about to explode, will incur a fixed penalty notice. I mean how  many of us know that it is illegal to "Disturb a pack of eggs when directed not to by an authorised Officer"?

How also, do we know who the authorised officer is? Does he have an ID card with Egg pack protection officer stamped across it?