The thoughts of comrade Bartlett

Posted by The Filthy Engineer at 17:05 No comments:

Even my council is trying to scare me with climate change. 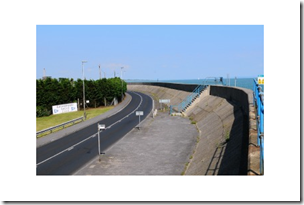 SEA levels in Sheerness are rising, according to a report by environmental bodies, leading a conservation group to warn of an increasing flood risk.

A report entitled London's Environment Revealed, said the sea level at the mouth of the Thames Estuary in Sheerness is rising at a rate of 1.5mm a year.

Further on they report.

Then of course it is some of the usual suspects.

The study – commissioned by the Environment Agency, Natural England, the Forestry Commission and the Mayor of London's office.

But then of course they miss the bloody obvious.

Much of Sheerness as well as Sheppey is below sea-level and so is prone to flooding. You can find references to this as far back as Samuel Pepys, when he was responsible for dockyards and was choosing sites to defend the Thames. Parts of the current sea wall around Sheerness was built following the 1978 floods.

1377-99
King Richard II ordered coastal defences to be built on the Island.

1953
Flooding did great damage to Sheppey, seawall has to be rebuilt at Cheyne Rock and heightened along its 2 mile length.

1978
Island cut off from mainland by snow and floods. And again in 1979 with floods.

However they end up ruining their own argument

The spokesman said: "This is showing us that the defences are still providing a standard of protection to a 0.5 per cent chance of flooding in any given year in the Sheerness area.

*Then again, I live on the opposite side of the county*

Posted by The Filthy Engineer at 16:41 7 comments:

Email ThisBlogThis!Share to TwitterShare to FacebookShare to Pinterest
Labels: cunts 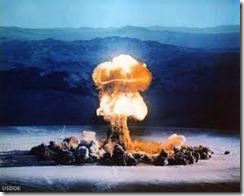 Have you been one of those passengers that’s found that your airline has overbooked and there is no seat for you?

Here's a solution to all the controversy over full-body scanners at the
airports, and which may get you a seat on the aircraft.

All we need to do is develop a booth that you can step into that will not
X-ray you, but will detonate any explosive device you may have hidden on or
in your body.  The explosion will be contained within the sealed booth.

This would be a win-win for everyone.  There would be none of this crap
about racial profiling and the device would eliminate long and expensive
trials.

This is so simple that it's brilliant. I can see it now:  you're in the
airport terminal and you hear a muffled explosion.  Shortly thereafter an
announcement comes over the PA system, "Attention, standby passengers! We
now have a seat available on flight number..."

Where’s Lord Sugar when you need him?

* Ok the pic at the top is a little OTT, but hey the idea is what counts*