That phony petition for a second referendum.

Much has been made of a petition to the Government asking for a second referendum on the UK's exit from the EU. 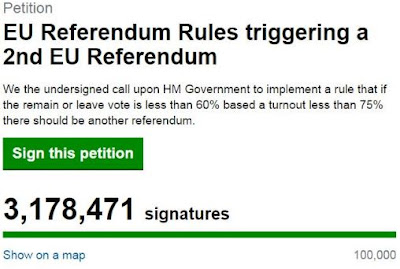 However it is not all as it seems. When you look behind the scenes you come across where the votes have come from. 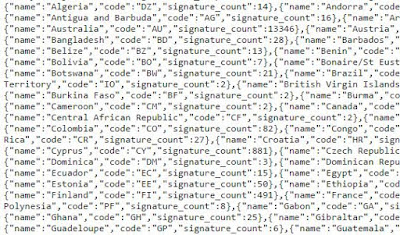 Located 800 miles south east of the Falklands, and with a permanent population of zero, the South Atlantic British Overseas Territory ofSouth Georgia and the Sandwich Islands was responsible for more than 3,000 signatures


It also would seem that every MP is voting for a second referendum. Including two of the leaders of the Brexit campaign.

I don't think the BBC will bring this up on their news bulletins as they've been banging on about how the people are demanding this referendum for the last twenty four hours.

So you don't need to take heed of my last post. I do admit this is quite amusing to see how low some people can sink.