As you will have seen in my side bar there is a widget in support of Cold Steel Rain and his parachute jump for the charity Combat Stress.

Now I've been in various wars/conflicts and know what it can do to the minds of some of those involved.

Hopefully if he raises the money we can see a video of him squealing like a girl when he does the jump.

Our armed forces need your's and my support.

Posted by The Filthy Engineer at 21:14 No comments: 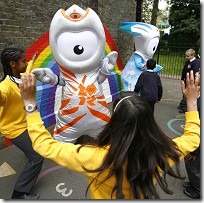 Posted by The Filthy Engineer at 20:53 No comments:

Bloody hell. A Judge that has commonsense!

You remember the teacher that has been in the news lately for assaulting a boy with a Pritt stick.

Lynda May, 54, an art teacher at a school in South Wales, was alleged to have injured the 12-year-old boy by slamming a Pritt Stick down on his thumb.

The good news is that she has been acquitted.

Mrs May whispered “Thank you” to Judge John Diehl when he told her: “You can leave the dock.” She then broke down in tears.

Of course the lad is blameless:

“He was a child with special needs, in particular learning difficulties and behavioural problems.

This is usually the excuse for a child that has been brought up in a family that can't be bothered to discipline their offspring or teach him right from wrong.

I mean how come he was allowed to speak like this:

I rest my case M'Lud.

Posted by The Filthy Engineer at 19:38 2 comments:

Global warming is back in Kent courtesy of the BBC. 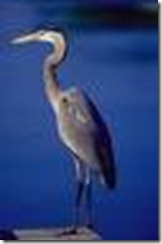 BBC southeast were banging on about a pair of purple herons that had arrived and were nesting. Of course this was due to the rapidly rising temperatures caused by global warming. Bearing in mind that it was the hottest day of the year I bet they think they are on to a winner.

In the report they managed to get the hat trick of "Global warming", "Sea level change", and "climate change", all into the same 2 minute interview.

Oh and of course my tax money is being squandered as well.

A round-the-clock "species protection scheme" is in place to protect them.

Kent Police are helping the RSPB to monitor the nest, and officers have warned that any attempt to damage the nest or remove eggs would be a criminal offence.

Shouldn't they be arresting these illegal immigrants instead. I'm sure they run "fowl" of immigration law.

Posted by The Filthy Engineer at 19:07 No comments:

Voted for change did you?

Some of the post-coalition media comment has been annoying. These bloody pundits will keep insisting that they know why we all voted as we did. We voted for change, they say. Our vote was all about the budget deficit, they say. We are determined to have a new kind of politics, they say.


They're bloody wrong, though. Most of us think there's been a damn sight too much change in the last 13 years and would vote to put the clock back if we thought it was remotely feasible. A lot of us couldn't give a toss about the budget deficit – let's face it, we don't get much in the way of public services, the refuse-disposal Nazis and parking-wardens can all form an orderly queue at the Job Centre as soon as they like, we never see a bloody policeman and they don't come when we call, our schools are crap, and we know very well that taxes will rise and rise whatever we think, because they always have. The only people who will really feel the pinch are young couples who can't get a mortgage, and the greedy sods who caused all this fuss in the first place – and we don't mean the bankers, but the ordinary people who thought it was their God-given right to have a five-bed house with three loos and a jacuzzi, a Beamer and a 4x4 in the drive, and three foreign holidays a year, and couldn't see why borrowing fifty times their annual income might not have been entirely sensible.
And “a new kind of politics”? Don't make me laugh. All that will mean is abolishing hereditary peers, most of whom went to the right kind of school and have outmoded ideas of fair play, stiff upper lip and that sort of rot, and filling their places with unsavoury big-mouths like Baroness Uddin.


No, now that the excitement and uncertainty has died away, it's still all bollocks and we can't afford to relax for a moment. The government may be making the right noises about ID cards, DNA databases and the like, but we can take it as read that the faceless suits who wield the real power will hang on till the bitter end. We still need to kick off about every abuse, expose every bully, raise a voice about every new absurdity. The only difference is that the MPs we'll be writing to are, on the whole, a bit younger. Let's hope they came out of our rotten school system able to read our letters (oh no, silly me, most of them went to public schools so that's all right).