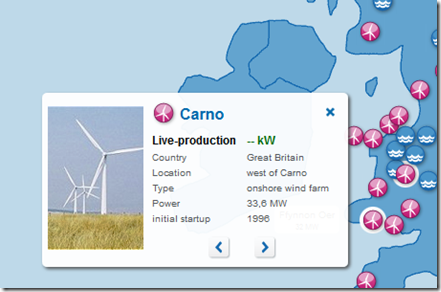 Yesterday I posted a quick pic of the energy generation of one wind farm array in Kent. This was taken from RWE, who are one of the major players in renewables in the UK.

In the UK RWE Innogy (No it’s not a typo) operates onshore and offshore wind farms through its UK subsidiary RWE npower renewables, with an installed capacity of over 740 MW.

Had a look today and guess what? Not one of their turbines in the UK were generating at all.

Here are the figures from DECC giving the total capacity of UK onshore wind power.

If none of the wind turbines are producing power on this cold windless night. Who’s stupid idea was to build them in the first place.

Don’t all shout at once.

Posted by The Filthy Engineer at 19:49 2 comments: