There coming for you now, you filthy drinkers. 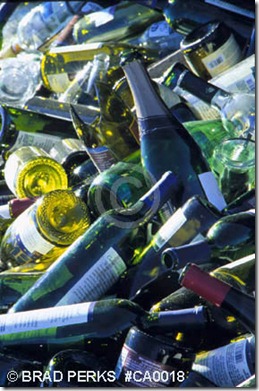 Of course you were delighted that those evil smokers were kicked out of the pubs that they had enjoyed for so many years. Well I’m sorry to say that now the health Nazis have realised, that by their drip drip of insidious propaganda, they can brainwash the feeble minded liberal elite into a knee jerk reaction to enforce a minimum price for your chosen beverage.

They will start the de-normalisation process that they so well perfected on the smoker. It won’t be rushed but it will be insidious and steady.

Just little things such as dubious findings to tug the heart strings, and of course somewhere they’ll be the usual “Think of the Cheeeldren.

Then of course I’m going to be facetious and look at the statistics from the other side. It would, in mind be safer to be drinking, as then your risk is only 25% as against the risk of being as a teetotaller, 75%. (Yes I know that someone will comment that this is a misuse of statistics).

There were 525 drowning fatalities in the UK involving adults and children aged 10 and over in the
home and garden between 1993 and 1999 (excluding suicide), an average of 79 incidents per annum.
85% of the incidents occurred indoors and almost all in the bath. Alcohol was a factor in 13% of the
cases. Alcohol affected females more than males and in particular the age range 40 to 59. The most
common causes were tripping or falling outdoors, falling into or slipping in the bath, and losing
consciousness or falling asleep in the bath while intoxicated.

Source: Drownings in the Home and Garden.. Consumer Affairs Directorate. Department of Trade and Industry. June 2001

They don’t actually state any figures for how much Alcohol imbibed. Was it one glass of wine or a whole bottle. Stand away from the Bath, NOW.

Don’t ever think of having a half pint at lunchtime on a hot day (Caused by AGW, Natch).

Referring to substance abuse at the workplace, The International Labour Organisation states “in many
workplaces, 20 to 25 per cent of accidents at work involve intoxicated people injuring themselves and
innocent victims”.
In 1979-80 in the UK, the Health and Safety Executive investigated blood alcohol concentrations in 35
of 92 fatal workplace accidents reported to them, of which 7 (20%) exceeded the drink drive limit.
However, there little work has been done to up-date that figure, and there is no reliable estimate of the
current number of occupational deaths and injuries attributable to alcohol.
Institute of Alcohol Studies 21 April 2010

Various so called learned articles by Doctor X or professor Y will be dripped into the public consciousness over the coming years, no, months, to start your denormalisation in earnest. Your time has come.

Expect to see the headline soon. “Woman drowns in Workplace bath, trying to put out the flaming drink spilt on her, ignited by  cigarette”.

Of course this is just fiction. Couldn’t happen could it?