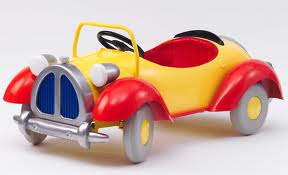 Whilst searching on line for car insurance, the comparison web site I was using, advised me that I should have my driving licence handy. (I've absolutely no idea why, as I was never asked about anything on it).

This morning I picked it up to put it away, and idly opened it up and looked to see what I could legally drive. Car,yes. motorbike, yes. Moped, yes. And that's it.

So even if I wished to drive an electric car, I would in fact be breaking the law! And no I'm never going to want to buy one of those useless pieces of green junk.

Alright my licence was obtained many, many years ago, and the wording on new ones may be different. But are they? You tell me.
Posted by The Filthy Engineer at 21:33 2 comments:

It’s a dirty little secret that climatologists definitely don’t want you to know.

Just to start the ball rolling on my behalf. Here is a statement:

Of course I’m neither. I’m an engineer. Which personally gives me a better balance than either of these two premises.

Scientists come up with theories and climatologists refer to models.

As an engineer I distrust both of them. (I’m being balanced here). As a Marine Engineer I can’t trust either. I deal in fact. If a scientist were to tell me  theoretically, that the engine standing next to us, that I was going to start,  would give me twice the power, I would tactfully suggest HE presses that start button. (FE would head for his lifeboat).

The same would be if I was told “that models suggest”, I would exit stage left just as quickly.

In my trade, denigrated as we are, I want hard fact not supposition.

Now I’ve got that of my chest, have a read of why a satellite, monitoring solar irradiance is a cause for concern.

The problem with TSI

And the science is settled? It’s an interesting read.

Posted by The Filthy Engineer at 11:47 3 comments: