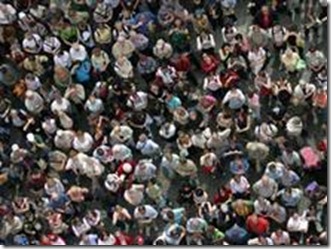 You BOTH Worry me ! ( In fact both of  your Political parties worry the hell out of me  !!!)

Over the last three years, I find  myself becoming more and more fearful of the  pair of you, and between you, you are turning  this country into a place that I no longer feel  at home in, or feel a part of! I watch you in  parliament, and no, not just the two of you, but  every politician that I see, stand up in  parliament sneering at each other, and acting  like children !!! (..and if you were my  children, I would be ashamed of you all ... What  an example to set!)

Although you would  like us all to believe that you are putting the  needs of this country at the forefront, NEITHER  of you are doing that, you seem more interested  in "one-up-manship ", in scoring off each  other,  & denigrating each other, to  the detriment of this country & its people  !!!
It seems to be all about  YOU as individuals, and not about what you can  DO for this country !

It is fast becoming a  place that I do not recognize, as the place I  always thought, was the best place in the world  to be !!!
But no longer !!!

You  are not listening to the people of this country  !!!
And here in Great Britain , your   counterparts are afflicted with the same disease  - is it endemic in all politicians ?

I am  watching the deterioration of living standards  in this country, (and according to you, on a  world stage we are doing better than most  countries ... REALLY ???) ... And yet the gap is  widening between the "haves"  and the  "have-nots" .  I see our homeless on the  streets, our hospitals under-funded,  and  understaffed, our health system is an absolute  mess and a disgrace ... And yet I see  multi-millions of dollars being sent off shore,  in aid to other countries, before attending to  this country's needs !

I see the "selling  off of water rights to foreign interests,   WHY...?
Especially when you go  to great lengths to tell us that water is a  finite resource, & supposedly,  we must  ALL be careful with how we use it, so that we  ensure we have it for the future ?

A  Carbon Tax,( which you KNOW  is just  another tax )  which will make NO  appreciable difference, to carbon emissions, AT  ALL!
A tax,  which in spite of all  your arguments FOR it, you are doing alone, when  other major countries will NOT & DO NOT  embrace it, or believe in it   !
All that it will do for  this country is put working families and small  businesses behind the eight ball, .....what  planet are you on, if you think that your few  hundred pounds a year,  will make  even a scrap of difference to the effect of the  carbon tax on people ?Anyone can see the holes in  that argument !!! Do you really think we  are  that dumb ???

Let's talk about  Multiculturalism ......People have come here  from other countries, for a better life, for  more years than I have been alive  ( I am  63 years old !)  ......
Pre & Post war  immigrants came for a better life, and settled  in and became wonderful contributors to this  country, ... all have contributed to the rich  diversity of this country, and some descendants  have even fought FOR this country, and they have  become U.K.citizens and were glad to be  ..and they had NO handouts from our Government  either, ...they worked hard for  everything!
I have never before had a  problem with all, or any, race of  immigrants  coming here  ...
......However , I DO NOW  !!!
Please tell me why we have   areas in towns and on large estates all over the  country , where police do NOT,  & will  NOT go, for fear of their life ?

Please tell  me why we can no longer have religion in  schools, for fear of "OFFENDING" someone ? (The  latest little gem is that they are not having,  or being funded, for  "chaplains " any more  , but "Counsellors "?)

Please tell me why  religious Christmas observances are no longer  allowed in some schools for fear of OFFENDING  someone ?

Please tell me HOW Christmas  decorations in some stores might OFFEND someone  ?

Please tell me why we have to have  segregated days in some swimming centres, for  fear of "OFFENDING" someone ?

Please tell me  why we have some RADICAL clerics demanding  Sharia Law in this country ... when if we were  in THEIR country, this would NEVER be allowed  ?

Please tell me why our laws need to be  changed, so as not to OFFEND someone ?

Please  tell me why we are fast becoming a MINORITY  voice, in our own country, because of POLITICAL  CORRECTNESS ?

Please tell me WHY   Britains  cannot legally wear a face  covering bike helmet into a bank ..and yet it is  ok to wear a Burqa which covers the whole face  ?

And please tell me WHY, when those people  who want asylum here, can wreck our detention  centres,  and STILL be accepted here  ?

What does that say, about just  who and what are this government's priorities  ?

The British people that I speak to have  genuine concerns about becoming a second class  minority in our own country, and the reasons for  it,  are some of the above,  ..... Are  you so blind that you cannot see this  ?

And no , I am NOT racist !!!..(if I did  not like Catholics or Protestants would I be  considered racist ?) Of course not !
Why  is it, that if we object to what is happening in  our country ... we are immediately labelled  RACIST, in an attempt to shut us up ?

Islam  is not compatible with ANY of the values that we  hold here in Britain ! .....Are not the  experiences of  France , and the  Netherlands an example of that?   Why  do you think it would be any different here  ?  We even have a British born "radical ",  whose message is that Britain WILL become a  Muslim country, under Sharia Law, & that we  had "better get used to it "
Will both  of you grow some "Balls ", and start sticking up  for this country and its people ???

We  are the people who put you where you are, and  PAY you to look after our interests ! ... And  you are NOT doing that, by any stretch of the  imagination !!!

*Then again you could go fuck yourselves*

Posted by The Filthy Engineer at 20:33 9 comments:

Email ThisBlogThis!Share to TwitterShare to FacebookShare to Pinterest
Labels: rant, the silent minority

H/T to The Boiling Frog