The UN IPCC is facing more humiliation today after revelations that a "peer reviewed' study relied on in its Working Group 1 report contained "worthless" and fake data.

It's the first time climate skeptics have landed a direct blow on the prestigious WG-1 report, which outlines the 'scientific' case for climate change and which was used as the basis for the Summary for Policymakers given to world leaders ahead of Copenhagen. Ironically the fatal stab has come from the warmist-leaning Guardian.

In section 3.2 of WG-1, the UN IPCC discounts the influence of Urban Heat Island Effect based on a study by the University of East Anglia's Phil Jones, who gave the first official confirmation in the world that the Climategate emails were genuine.

The problem for the IPCC is the story in today's Guardian newspaper, which reveals the 1990 Jones study was based on made-up data that Jones knew was unreliable.

The National Institute of Water and Atmospheric Research (NIWA) has been urged by the New Zealand Climate Science Coalition (NZCSC) to abandon all of its in-house adjustments to temperature records. This follows an admission by NIWA that it no longer holds the records that would support its in-house manipulation of official temperature readings.

In December, NZCSC issued a formal request for the schedule of adjustments under the Official Information Act 1982, specifically seeking copies of “the original worksheets and/or computer records used for the calculations”. On 29 January, NIWA responded that they no longer held any internal records, and merely referred to the scientific literature.

“The only inference that can be drawn from this is that NIWA has casually altered its temperature series from time to time, without ever taking the trouble to maintain a continuous record. The result is that the official temperature record has been adjusted on unknown dates for unknown reasons, so that its probative value is little above that of guesswork. In such a case, the only appropriate action would be reversion to the raw data record, perhaps accompanied by a statement of any known issues,” said Terry Dunleavy, secretary of NZCSC.

It really is a house of cards slowly collapsing

Posted by The Filthy Engineer at 13:21 No comments:

Well I never heard of such a thing. 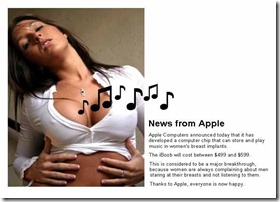 Click to see full size
Posted by The Filthy Engineer at 10:02 No comments: