I must put on my tinfoil hat again. 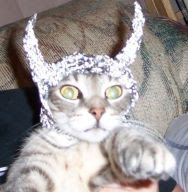 How many times have I heard in the last two weeks, the following two phrases.

These strike fear into my heart. I've been picking up on these for the last year or two.

How the lies still trip so easily off Al Gores Tongue.

H/T to Subrosa
Posted by The Filthy Engineer at 20:28 No comments:

Peer of the Realm assaulted at Copenhagen

It would appear that the the Danish Police have been particularly intolerant of dissenters to the great Climategate scam.

Viscount Monkton tells his story of how he was mistreated.

Outside, in the real world, it was snowing, and a foretaste of the Brave New World being cooked up by “world leaders” in their fantasy-land was already evident. Some 20,000 observers from non-governmental organizations – nearly all of them true-believing Green groups funded by taxpayers – had been accredited to the conference.

However, without warning the UN had capriciously decided that all but 300 of them were to be excluded from the conference today, and all but 90 would be excluded on the final day.

Of course, this being the inept UN, no one had bothered to notify those of the NGOs that were not true-believers in the UN’s camp. So Senator Steve Fielding of Australia and I turned up with a few dozen other delegates, to be left standing in the cold for a couple of hours while the UN laboriously worked out what to do with us.

In the end, they decided to turn us away, which they did with an ill grace and in a bad-tempered manner. As soon as the decision was final, the Danish police moved in. One of them began the now familiar technique of manhandling me, in the same fashion as one of his colleagues had done the previous day.

It is a scenario that would have made the Hitler Youth and the Stazi proud.

Read the whole article here
Posted by The Filthy Engineer at 20:10 No comments: