What do the Police actually do? 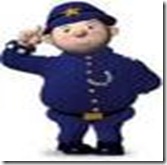 And where are they?

We have a police station in the Town just to the south of where we live. This was built just a few years ago at considerable expense. Justification being that it would be central to policing in the area, They never stated that it would only operate in the daylight hours. It's closed at night now.

The Town to the North of us built a purpose built station many years ago for, yes you guessed it, the same as the Town to the South. However now it is closed completely.

Well at least the village bobby is keeping a watch on us. Nope he's gone as well. They needed the money from the sale of his police house.

Well then, that must mean that they're all out on the streets then. Nope again. The last time I saw a police officer out on foot was about 2 years ago. I must admit I crossed the road to keep clear of two black clad, shaven headed, full body armoured, pepper spray clad enforcers. They were really intimidating to the average citizen.

Yes I do see the odd high visibility car zoom past so fast that the high vis is blurred.  Where are they all going? Not to my house when the only time I've called them they turned up 2 days later. 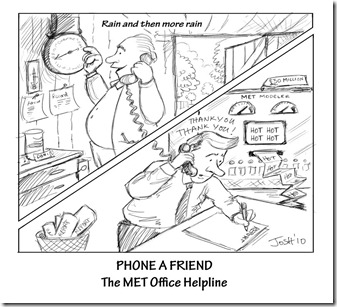 Posted by The Filthy Engineer at 14:36 No comments:

Even the convicts don't want him.

It looks like a bit of pay back time.

Ali Dizaei, the disgraced police commander, has been knocked out and had excrement poured over his head after being attacked in prison.

The 47-year-old senior Metropolitan Police officer who was jailed this month is serving a four-year jail sentence for assaulting and falsely arresting a young businessman before trying to frame him. He is the most senior policeman to be convicted of corruption offences in more than 30 years.

Now he knows what it's like to be on the receiving end.

H/T to the Times