Cheshire East council thinks that it can go it alone by imposing minimum pricing on booze.

CHESHIRE East Council looks set to go ahead with its plans to crack down on cheap booze despite the Government U-turn.

Cheshire East looks set to press ahead with its plans – despite the Government’s apparent change of heart earlier this month.

Cheshire East is designated by the “G” on the map below. Now if I had a supermarket in “E”, Kidsgrove, I’d be rubbing my hands with glee. 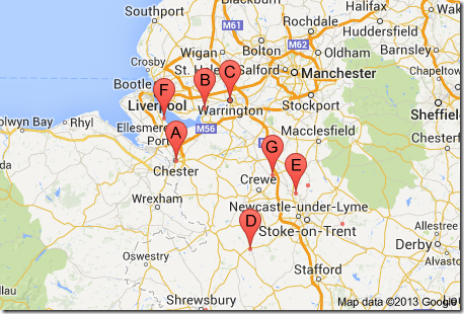 I’m seriously thinking of investing in a white van, and just sit over the boarder.

Fuckwits, the lot of them.

Posted by The Filthy Engineer at 20:52 5 comments: