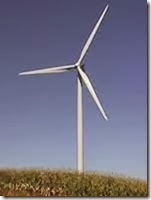 I wrote an article a while back on the effective life of onshore wind turbines which the renewables companies try to keep quiet. They state that wind turbines are factored to have a through life of 25 years.

I’m not the only one to question the data. Having been an engineer for 43 years I’ve never come across any piece of machinery that will last that length of time without very severe costs involved. Of course the majority of the MSM never actually dig into find out what the true life of turbines may be.

A study was carried out at Edinburgh University which shed some doubt on the industry claims. The report dates back to 2012.

A study commissioned by the Renewable Energy Foundation has found that the economic life of onshore wind turbines could be far less than that predicted by the industry.

The “groundbreaking” research was carried out by academics at Edinburgh University and saw them look at years of windfarm performance data from the UK and Denmark.

The results appear to show that the output from windfarms — allowing for variations in wind speed and site characteristics — declines substantially as they get older.

"It is this stress that causes the breakdowns and maintenance requirements that is underlying the problem in performance that I have been seeing.”

Professor Hughes, last week was questioned over his presumptions by the energy blogger Chris Goodall.

I wrote a few weeks ago about the surprising assertion from the Renewable Energy Foundation (REF) that the performance of wind farms declines rapidly with age. A study carried out by Professor Gordon Hughes for the REF in 2012 suggested that ‘The normalised load factor for UK onshore wind farms declines from a peak of about 24% at age 1 to 15% at age 10 and 11% at age 15’. To put this in everyday English, Professor Hughes is saying that a 15 year old onshore wind farm will typically produce less than half its initial output of electricity. Few people in the industry would demur from a conclusion that wind farms very gradually lose output but none accepted Hughes’s finding that electricity generation falls at anything like the rate he stated.

Who do you believe? After all, you as a taxpayer are funding the building of these Bird Mincers. You have to ask yourself the question. Am I getting value for money for this form of energy?