Bombing to rule. Whatever next? 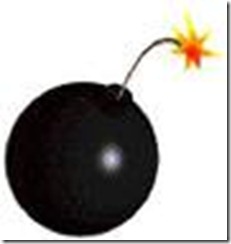 Business is business around the globe.

Muslim suicide bombers in Britain are set to begin a three-day strike on Monday in a dispute over the number of virgins they are entitled to in
the afterlife. Emergency talks with Al Qaeda management have so far
failed to produce an agreement.

The unrest began last Tuesday when Al Qaeda announced that the number of virgins a suicide bomber would receive after his death will be cut by 25% next January from 72 to only 60. The rationale for the cut was the increase in recent years of the number of suicide bombings and a subsequent shortage of virgins in the afterlife.

The suicide bombers' union, the British Organization of Occupational
Martyrs (or B.O.O.M.) responded with a statement that this was
unacceptable to its members and immediately balloted for strike action. General Secretary Abdullah Amir told the press, "Our members are literally working themselves to death in the cause of Jihad. We don't ask for much in return but to be treated like this by management is a kick in the teeth."

Mr. Amir accepted the limited availability of virgins but pointed out
that the cutbacks were expected to be borne entirely by the workforce
and not by management. "Last Christmas Abu Hamza alone was awarded an annual bonus of 250,000 virgins," complains Amir. "And you can be sure they'll all be pretty ones too. How can Al Qaeda afford that for members of the management but not 72 for the people who do the real work?"

Speaking from the shed in the West Midlands in which he currently
resides, Al Qaeda chief executive Osama bin Laden (I knew he was not killed by those special forces) explained, "We
sympathize with our workers' concerns but Al Qaeda is simply not in a
position to meet their demands. They are simply not accepting the
realities of modern-day jihad, in a competitive marketplace. Thanks to
Western depravity, there is now a chronic shortage of virgins in the
afterlife. It's a straight choice between reducing expenditure and
laying people off. I don't like cutting wages but I'd hate to have to
tell 3,000 of my staff that they won't be able to blow themselves up."
He defended management bonuses by claiming these were necessary to attract good, fanatical clerics. "How am I supposed to attract the best people if I can't compete with the private sector?" asked Mr Bin-Laden.

Talks broke down this morning after management's last-ditch proposal of a virgin-sharing scheme was rejected outright after a failure to agree on orifice allocation quotas. One virgin, who refused to be named, was quoted as saying "I'll be buggered if I'm agreeing to anything like that........it's too much to swallow".

Unless some sort of agreement is reached over the weekend, suicide
bombers will down explosives at midday on Monday. Most branches are supporting the strike. Only the North London branch, which has a
different union, is likely to continue working. However, some members of that branch will only be using waist-down explosives in order to express solidarity with their striking brethren.

Spokespersons in the North East of England, Swindon, Croydon and the entire Australian continent stated that this would not affect their
operations as "There are no virgins in their areas anyway".

Posted by The Filthy Engineer at 20:35 5 comments:

To those going on the March tomorrow to “Rally against Debt”. I wish you well. 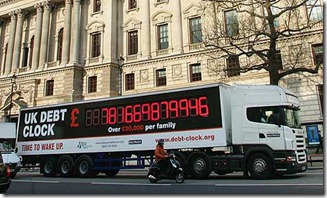 The Guardian readers don’t like you. Just read their comments about how you’re all right wing Toffs. Makes me larf.

Please don‘t call such people ‘libertarians’. They are not, and it’s an Americanism to abuse the term in that way. People who want to keep the rich rich are called ‘tory scum’ in English English.

Posted by The Filthy Engineer at 20:12 No comments:

If you have seen some of my recent posts before I’m just retrieving them from Blogger.

Posted by The Filthy Engineer at 19:27 2 comments:

In my mind if the Scots eventually manage to enable a breakaway from the the rest of the UK, it throws up some interesting points.

With regards to finance. If the extra funding which the UK in general provides Scotland is removed, how does Scotland make up the shortfall? As taxes are high in general, how will the Scottish parliament raise the extra revenue. Of course they could raise Income tax, NI, or VAT. Then of course they could re-instate prescription charges, University fees, and anything else they have hoodwinked their electorate with, to win the election. No win situation to me.

Defence. Providing that they want any of course. If they don’t then we just invade them and take Scotland back for free.

If they do in itself raises interesting points. How much do they want? Do they want a bluewater navy or just a coastal patrol force? What sort of Army and Airforce do they think they’ll need?

Of course if they want anything at all in regards to Armed forces, they’re going to have to build a complete Ministry of Defence from scratch.  That won’t be cheap.

Nukes. What happens to the Nuclear submarine base at Faslane? Will they rent it out to the English/Welsh/ Irish?

Now this is not the main thrust of the post. The above is just some of the horrendous nuts and bolts stuff that will have to be addressed after Scotland breaks away.

My point that I’m now making is that the UK is made up of a joining of two kingdoms to make a “United Kingdom”. 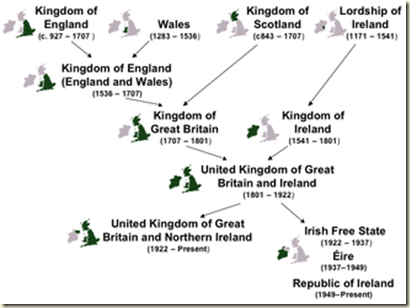 In that case, as we have signed up to the European Union as the UK as a whole, would webe obligated to leave the union and re-sign under a new name?

After all. If you changed your name, your bank would expect you to close your account and open one with your new name.

What have I done?

It wasn’t me guv.

Posted by The Filthy Engineer at 19:19 3 comments:

They really should fix those stabilisers.

Posted by The Filthy Engineer at 19:17 5 comments: