Lord Neuberger, the Master of the Rolls, admitted that bloggers and users of social network sites such as Twitter would not necessarily be covered by court orders, even though some simply “peddle lies”.

But he rejected claims that the situation made injunctions futile because the internet had "by no means the same degree of intrusion into privacy as the story being emblazoned on the front pages of newspapers", which "people trust more”.

I’m afraid my “noble” lord, that you are living in the past. Newspapers across the board are experiencing lower sales year on year, whilst the social networking sites are increasing their volume of traffic. Even my humble blog has experienced an increase in traffic by seventeen times in one year. This year if I keep up enough quality blogging (Note to self: Don’t write shite), I would expect to double last years increase. Don’t forget mine is not an overtly political blog, I just occasionally enter  the political world as others write about it better than me.

My personal take on morality is if you are caught red-handed breaking laws, offending public decency, cheating on your spouse, then you deserve to by held to account. Just because you have vast financial resources at your disposal does not give you the right to more privacy than me.

Are we not supposed to be equal under the law?

I never realised that RBS’s Group Resourcing Director was Susan Bor. Mind you this was the bank run by Sir Fred Goodwin.

I’ve no idea why I typed this. Must be Alzheimer's disease setting in. It does make me say the strangest things.

Posted by The Filthy Engineer at 20:03 4 comments:

Email ThisBlogThis!Share to TwitterShare to FacebookShare to Pinterest
Labels: odd

Run for your lives. From Zombies?

Taken from the Centres for Disease Control and Prevention.

There are all kinds of emergencies out there that we can prepare for. Take a zombie apocalypse for example. That’s right, I said z-o-m-b-i-e a-p-o-c-a-l-y-p-s-e. You may laugh now, but when it happens you’ll be happy you read this, and hey, maybe you’ll even learn a thing or two about how to prepare for a real emergency.

So what do you need to do before zombies…or hurricanes or pandemics for example, actually happen? First of all, you should have an emergency kit in your house. This includes things like water, food, and other supplies to get you through the first couple of days before you can locate a zombie-free refugee camp (or in the event of a natural disaster, it will buy you some time until you are able to make your way to an evacuation shelter or utility lines are restored). Below are a few items you should include in your kit, for a full list visit the CDC Emergency page.

Run for the hills. We are all doomed.

Actually it’s designed to give you a lighthearted mine of information of what you should have at hand in case disaster strikes. 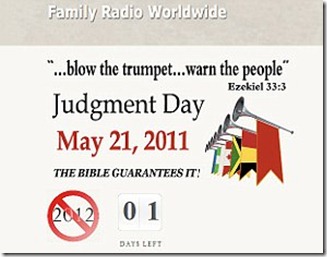 Nut Jobs the lot of them.

Posted by The Filthy Engineer at 15:54 3 comments: