I told you so.

Remember this post from a few days ago where I stated the obvious?

Even if readers here are non smokers. Be afraid. They'll be after your guilty little pleasure next. The bansturbators pleasure will be you next. 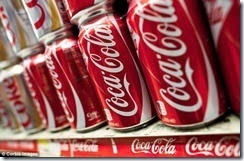 Of course this is another state funded socket puppet masquerading as a charity.

This article is dedicated to the commenter who posted this under my last article on bans. Here’s his words of wisdom.

I doubt it, probably just ban smoking and that will be it. At worst they will go on to ban other distracting things while driving. But hardly going to be the next USSR. Non smokers can relax I think. Smoking ban never affected them either, only the inconsiderate behind the times smokers.

Do you understand now that the state hates you as well as smokers?

Posted by The Filthy Engineer at 20:32 2 comments: