Money under the mattress. 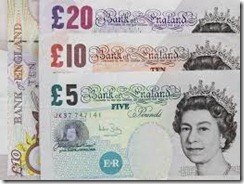 A few years ago when I retired, I received a substantial lump sum as part of my retirement package. Now of course I couldn’t leave it in my current account, earning next to bugger all, so I looked around for various means of at least keeping my money abreast of inflation.

Some of the money went into unit trusts, some went into ZOPA, and some into a plethora of savings accounts in several different banks. (Eleven).

A fair few months ago I looked at my spread sheet (More about that later) and looked at one account which strangely I hadn’t noted a figure of amount invested, and thought I’d check the account online. (The last time I accessed it was over six months ago). However I couldn’t gain entry so I put it off to another day. A couple of months ago I tried again. Still no access.

Last year I paid a lot of money for my eldest daughter’ wedding and had drawn money from various accounts which I closed on completion. So I presumed till last week that this account must have been one of them and closed .

Last week I received a phone call from an Indian call centre. (The bank was a British subsidiary of an Indian bank). The caller implied that my term deposit in the account that I thought was closed was no longer going to pay the interest, and would revert to a derisory amount , and would I like to switch to a new deal? For some reason I thought this was trying to get me to save with them. I hung up.

However on Saturday I received an Email from the bank reiterating the same message that I received by phone, It also showed the capital that had been invested. (My eyes lit up).

This morning I phoned them up and found that the reason I’d been locked out of the account was because I’d not accessed it on line for six months. After verifying my details, (why  they need my cat’s middle name is beyond me?) I finally accessed my account.

It held over double what I thought I’d invested (Interest added). I didn’t know this as as I’d looked at the wrong bloody spread sheet. The up to date spread sheet, showed that it was a three year fixed rate deal.

I’m not going to say how much, as if I do, the kids will be around on the doorstep with their kids dressed in rags and barefoot, asking for a hand out. (Hi Lizi & Kat).

I now have a substantial buffer to ride out the economic slump. I can afford decent whisky again.

Motto: There’s no fool like an old fool.
Posted by The Filthy Engineer at 19:21 4 comments: