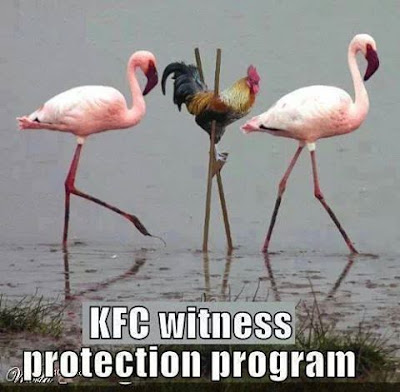 Normally yours truly keeps himself to himself. Today was different.

This morning I set off up the road to get the paper and top up with ciggies from the local shop. However just up the road, I noticed across the road was an elderly man hanging on to a fence. This man is usually seen briskly taking his dog for a walk most days, so this was unusual to say the least.

On crossing the road and  approaching him almost immediately I could see that he was not at all well. Now FE has had the advantage of doing an advanced first aid course, and it was immediately obvious that he had the symptoms of a stroke. Slurred speech, once side of the face dropped, lack of feeling on one side of his body.

I needed help. So I told the man to hang on, and nipped down to his house to inform his family and then hurried back. By this time the gentleman was having great difficulty to communicate and was nearly collapsing. With the help of his family we managed to ease him into a sitting position. The biggest problem next was that the family members really didn't seem to realise that their relation was in a potentially fatal condition. They were just going to carry him home. I quite forcibly had to persuade them to call for an ambulance.

Within a few minutes a first responder paramedic turned up and definitely said the elderly gent needed to get to a hospital. Interestingly the old gent started to become completely lucid again and started to chat quite happily to the paramedic and myself.

That's when I made my excuses and beat a hasty getaway.

Apparently I'm informed, he had a further incident in the ambulance, but is now stable in hospital.

It's nice to help people.

Posted by The Filthy Engineer at 20:19 5 comments:

At last. The green blob is unravelling.

At last the MSM are waking up to the greatest scam of modern times. The relentless push to green us regardless of cost and indeed, lives.

It's an inconvenient truth, but the global warming zealots are to blame for the deadly diesel fiasco, writes STEPHEN GLOVER

The green lobby have been obsessed with the word CARBON to the detriment of all else. If it’s got carbon in it’s name it has to go. Never mind that the damage ensuing is far worse than the benefits.


Twenty years ago, diesel cars constituted a tiny minority. But following the signing of the Kyoto Protocol in 1997, most Western countries, including Britain, were legally obliged to reduce carbon dioxide emissions — alleged by some to cause climate change — by 8 per cent over the following 15 years.

As a smoker I’ve been bombarded by the insidious propaganda from the anti smoking zealots that my filthy habit is the cause of just about all the known ills that can effect all mankind. Strange that as smoking prevalence in the population has fallen by sixty percent over the years, Childhood asthma has risen at an alarming rate.
Could there just be a teensy weensy link between diesel particulates and the Asthma rise? I’ll leave you with one last section from the article.


Indeed, it is one of the ironies of this story that America — which, to the outrage of the climate-change lobby, did not ratify the Kyoto Protocol because of a certain scepticism about man-made climate change — is far sterner about vehicle pollution than any European country, including our own.
Haven’t they got it the right way round? A baby being pushed by her mother in a buggy, a cyclist and even an ordinary pedestrian walking along the pavement of a busy street are being exposed to unnecessary risks as a result of the completely foreseen dangers of diesel vehicles.

It’s heartening to say the least that the MSM (Except the BBC of course. They are still in thrall to the greens) are at last openly exposing the green credo for what it is. A religion gone bonkers.
Posted by The Filthy Engineer at 12:50 4 comments: 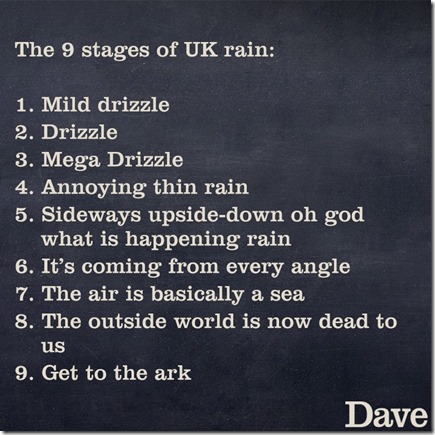 A man and his wife live in a house and the wife gets up early to drive  to her daughters house to babysit. The man gets up at the same time , as he has to let the builders in.
Five minutes after the wife has left, the man's phone rings.

Here is the conversation that followed:

Woman: I'm at the garage.

Man: I take it that you're getting the paper then?

Woman: No, no. I've a problem filling the car with petrol.

Man: Oh. You have to open the fuel filler lid using the little lever just above and to the right of the footwell.

Woman: No, I've done that. I've got the fuel nozzle in the tank, but when i press the lever I just get a click.

Man (Giggling hysterically): I think that's because the tank is full. I filled it to the brim yesterday afternoon.

Surely it's not that difficult to look at the fuel gauge before you drive off.

Posted by The Filthy Engineer at 21:08 3 comments: