I’ve just received a phone call which brightened up my day.

The call was from a claims management company. The type that promise to get all your money back from misselling of Financial products.

Being very polite, as is my wont, I asked him his Name, the Company he worked for,  and other pleasantries.

Before he could take off on his pre-planned spiel I also satisfied myself as to what his charges were. He was just about to launch into his spiel, when I stopped him dead in his tracks with. “I belong to the Telephone Preference service, what you are doing is against the law”.

He proceeded to attempt to explain that he had bought a list from somewhere.

By this time I was getting fed up with the call, so I decided to wind him up with the following:

Me: “A receiver of stolen goods”.

Me: “The same as me buying a DVD player in a pub then”.

Well I’ve learnt a few swear words that I hadn’t heard before. Don’t forget I was a sailor which guarantees a broader vocabulary than most. (I can swear in innumerable languages, even Cantonese).

Needless to say I didn’t get any of my non existent claims managed.

I really shouldn’t do it.

Posted by The Filthy Engineer at 19:49 8 comments: 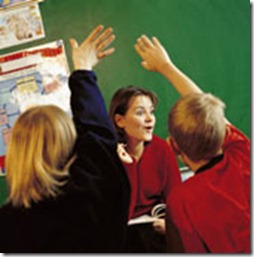 A school has told its pupils to break with tradition and address their teachers by their first name.

Children have been told they should now informally address teachers as part of a term-long trial.

The pupils at Boughton-under-Blean and Dunkirk Primary school in Faversham, Kent have been ordered to abandon using teachers’ surnames with the title of either ‘Mr’, ‘Ms’ or ‘Mrs’ in front of it.

Oh that’s really going to re-inforce discipline in the classroom. And why are they using Mr, Ms, or Mrs. When I was at school (Alright, the memory is fading into the fog of old age), the correct form of address was “Sir” or “Miss”.

And the very next paragraph

Now school bosses say they hope the trial will “enhance the relationship” between the kids and their mentors.

Are they not proud of the word “Teacher” anymore? And why do you need to “enhance the relationship” anyway.  FFS. You’re paid by the public to Bloody Teach.

In my opinion, there should always be a strict line between the teacher and the child. How else can discipline be maintained? But then this is the era of a failed education system where anything goes, except teaching and discipline.

And trying to keep his options open the Head teacher, Hugh Greenwood adds.

'Obviously we are just trying it out and if it doesn’t work we will refer back to the traditional custom.'

No Hugh. You opened a can of worms. You’ll have great difficulty cramming them back in. I learned as a parent that kids exploit weakness in a way that  would make Attila the Hun look like a Monk.

I hope Hugh reads the comments following the article. If he does he might rethink his policy sharpish.

What is it, that is being loaded on the plane? 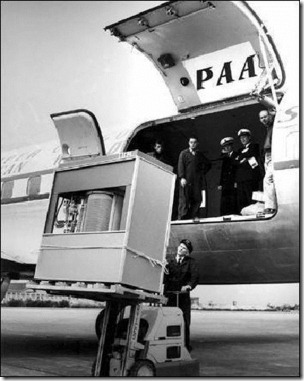 Hint: Alan Turing would have liked this.