Another analysis of the Climate gate scandal.

It will take you a while to read. Fascinating stuff though.

Why Climategate is so distressing to scientists

The most difficult thing for a scientist in the era of Climategate is trying to explain to family and friends why it is so distressing to scientists. Most people don’t know how science really works: there are no popular television shows, movies, or books that really depict the everyday lives of real scientists; it just isn’t exciting enough. I’m not talking here about the major discoveries of science—which are well-described in documentaries, popular science series, and magazines—but rather how the process of science (often called the “scientific method”) actually works.

The best analogy that I have been able to come up with, in recent weeks, is the criminal justice system—which is (rightly or wrongly) abundantly depicted in the popular media. Everyone knows what happens if police obtain evidence by illegal means: the evidence is ruled inadmissible; and, if a case rests on that tainted evidence, it is thrown out of court. The justice system is not saying that the accused is necessarily innocent; rather, that determining the truth is impossible if evidence is not protected from tampering or fabrication.

The same is true in science: scientists assume that the rules of the scientific method have been followed, at least in any discipline that publishes its results for public consumption. It is that trust in the process that allows me, for example, to believe that the human genome has been mapped—despite my knowing nothing about that field of science at all. That same trust has allowed scientists at large to similarly believe in the results of climate science.

So what are the “rules” of the scientific method? Actually, they are not all that different from those of the justice system. Just as it is a fundamental right of every affected party to be heard and fairly considered by the court, it is of crucial importance to science that all points of view be given a chance to be heard, and fairly debated. But, of course, it would be impossible to allow an “open slather” type of arrangement, like discussion forums on the Internet; so how do we admit all points of view, without descending into anarchy?

It may seem, on the surface, that this circular process is fundamentally flawed; but, borrowing the words of Winston Churchill, it is the worst form of government except for all those others that have been tried. Science is not, of course, alone in this respect; for example, in the justice system, judges are generally selected from the ranks of lawyers. So what is it that allows this form of system work, despite its evident circularity?

The justice system again provides a clue: judges are not the ones who ultimately decide what occurs in a courtroom: they simply implement the laws passed or imposed by the government—and politicians are not, in general, selected solely from the ranks of the legal profession. This is the ultimate “reality check” that prevents the legal system from spiraling into navel-gazing irrelevance.

Equivalent “escape valves” for science are not as explicitly obvious, but they exist nonetheless.

Firstly, a scientific discipline can maintain a “closed shop” mentality for a while, but eventually the institutions and funding agencies that provide the lifeblood of their work— the money that pays their wages and funds their research—will begin to question the relevance and usefulness of the discipline, particularly in relation to other disciplines that are competing for the same funds. This will generally be seen by the affected scientists as “political interference”, but it is a reflection of their descent into arrogance and delusions of self-importance for them to believe that only they themselves are worthy of judging their own merits.

Secondly, scientists who are capable and worthy, but unfairly “locked out” of a given discipline, will generally migrate to other disciplines in which the scientific process is working as it should. Dysfunctional disciplines will, in time, atrophy, in favor of those that are healthy and dynamic.

The Climategate emails show that these self-regulating mechanisms simply failed to work in the case of climate science—perhaps because “climate science” is itself an aggregation of many different and disparate scientific disciplines. Those component disciplines are extremely challenging. For example, it would be wonderful if NASA were able to invent a time machine, and go back over the past hundred thousand years and set up temperature and carbon dioxide measurement probes across the breadth of the globe. Unfortunately, we don’t have this. Instead, we need to infer these measurements, by counting tree rings, or digging up tubes of ice. The science of each of these disciplines is well-defined and rigorous, and there are many good scientists working in these fields. But the real difficulty is the “stitching together” of all of these results, in a way that allows answers to the fundamental questions: How much effect has mankind had on the temperature of the planet? And how much difference would it make if we did things differently?

It is at this “stitching together” layer of science—one could call it a “meta-discipline”— that the principles of the scientific method have broken down. Reading through the Climate-gate emails, one can see members of that community usually those with slightly different experience and wisdom than the power-brokers questioning (as they should) this “stitching together” process, particularly with regard to the extremely subtle mathematical methods that need to be used to try to extract answers. Now, these mathematical and statistical methods are completely within my own domain of expertise; and I can testify that the criticisms are sensible, carefully thought-out, and completely valid; these are good scientists, asking the right questions.

So what reception do they get? Instead of embracing this diversity of knowledge— thanking them for their experience (no one knows everything about everything) and using that knowledge to improve their own calculations—these power-brokers of climate science instead ignore, fob off, ridicule, threaten, and ultimately black-ball those who dare to question the methods that they—the power-brokers, the leaders—have used. And do not be confused: I am here talking about those scientists within their own camps, not the “skeptics” which they dismiss out of hand.

This is not “climate science”, it is climate ideology; it is the Church of Climatology.

It is this betrayal of the principles of science—in what is arguably the most important public application of science in our lifetime—that most distresses scientists.

Posted by The Filthy Engineer at 20:51 No comments:

Oh well it had to be done. 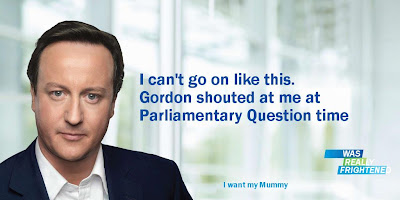 H/T to loads of people
Posted by The Filthy Engineer at 20:12 No comments: 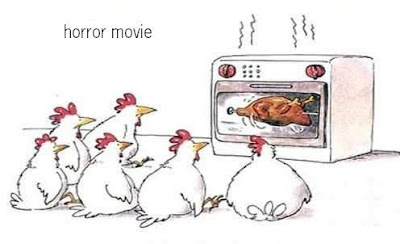 Posted by The Filthy Engineer at 20:05 No comments: