Why did I start blogging?

It’s all down to money, believe it or not.

It all started with a frank discussion with my eldest daughter about the money she owed to credit card companies and banks. I endeavoured to attempt to help her as best as I could. After a bit of research I found an internet forum that purported to have a formula to regain the high charges that were being levied on her. However that forum was infested with Moderators that knew best, even when they were proved wrong so I left that forum when I was  invited to join a new forum made up of those dissatisfied with the forum I’d left. I thoroughly enjoyed being a member there and with the exchange of experience I managed to claw back a large amount of money for my daughter (Bye the way Santander, you’re quite useless. You didn’t actually need to reimburse my daughter twice!). I also helped claw money back for others caught in the same predicament.

After eighteen months there, with many online friends, they opened an internal blogspot. This is where I found I could let my thoughts expand and run riot.

Eventually I realised that I was only writing to a narrow audience that didn’t understand my passion  for writing about other than bank penalty charges. Not their fault at all. They were wonderful people doing a sterling job. But I had to move on.

Somehow I came across Blogger, and with great trepidation wrote my first post. This of course, was a heap of manure, but is was my first foray into the Blogosphere. And have I learnt so much, in so little time.

I’ve had to learn to add hyperlinks, imbed video and pictures, make up a blogroll, try and answer comments in polite and erudite way, and so much more.

Luckily I found out most of these from other bloggers who have been keen to help new bloggers.

I’d like to pay a little tribute to those bloggers that have opened my eyes to the sheer delusion that politicians are here to  serve us, the climate change scam, that there are fake charities, useless bloodsucking quangos, the EU and it’s money stealing devices, and numerous other issues that the general public seem to be unaware of.

I can never match the top bloggers, but I’ll do my best to improve and stay the course.

Posted by The Filthy Engineer at 21:49 9 comments:

Email ThisBlogThis!Share to TwitterShare to FacebookShare to Pinterest
Labels: Blogging

There is no North/South divide.

Not if you are a property vendor.

Last year I helped one of my kids buy a flat in North London. On the day of moving her in, we find that the vendors have removed the bathroom fitted mirror (Complete with the plaster from the wall), All the sink and bath plugs, several curtain tracks, and even the oven shelves from the fitted oven.

On Friday I’m off to the North to help my son move into the property we have helped him buy. Guess what? Mirrors gone, curtain tracks  removed (Looks like they’ve been removed by brute force , rather than finessed with a screwdriver), and they’ve even walked off with the Wheelie bins.

I’d guess that the couple from North London, moved to the North to continue their vandalistic lifestyle. All I can add is. You’re next Scotland and Wales.

Email ThisBlogThis!Share to TwitterShare to FacebookShare to Pinterest
Labels: houses

always nagging me to keep things around

I replaced the broken door latch on her car. 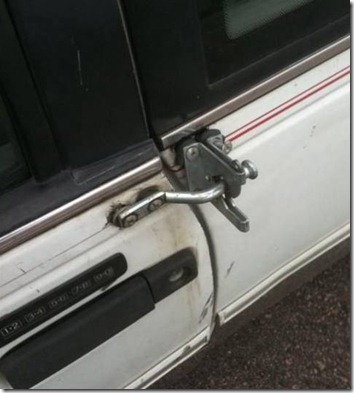 I installed new taps in the kitchen sink. 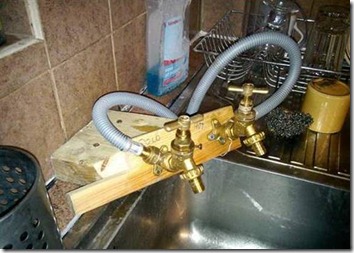 I fixed the sagging kitchen cabinets. 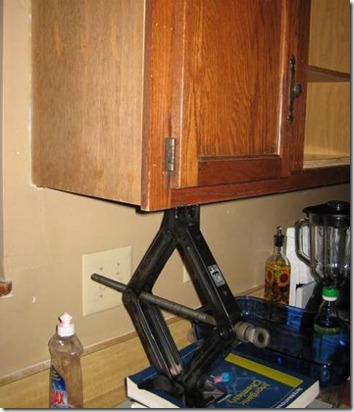 I replaced the rotten steps by the front door. 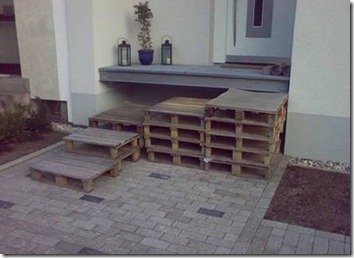 She wanted a Porta-Potty" for when we went camping. 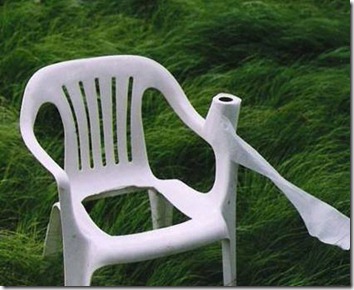 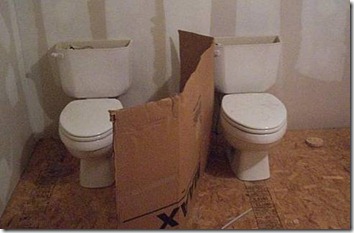 Note to self. Must get around to serious posting.

Posted by The Filthy Engineer at 19:48 6 comments:

Email ThisBlogThis!Share to TwitterShare to FacebookShare to Pinterest
Labels: DIY

David Cameron will commit to five guarantees on the NHS as he tries to shore up support for the Government's health reforms.

The personal pledges are: keeping waiting lists low, maintaining spending, no privatisation, ensuring patient care is properly co-ordinated and that the health service remains universally available and free at the point of delivery.

So that’s a no to reform then. Why didn’t you say that before?

Posted by The Filthy Engineer at 11:25 2 comments: