I could tell I was back in the UK when……. 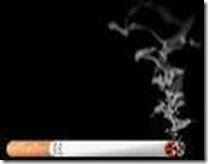 As I was exiting the airport terminal into the open air, and commencing to light up a ciggie,  an officious prick in uniform passing in the opposite direction  through the entrance way tells me in a loud voice, “No smoking in the terminal”. FFS

It really goes to show what a rigid, almost police state we seem to have become.

It was an absolute joy being on Crete for two weeks. No petty officialdom anywhere in sight. Smoking is hardly restricted at all. The average grecian is not the slightest bit bothered whether someone smokes or not. Ash trays are on the tables in tavernas and if you stub out a cigarette in one it will very shortly be replaced with a clean one.

I suppose I shouldn’t complain as I’ve just found out that the identical house to me, next door, is being solid for £150k more than I thought the houses were worth.

Maybe I’ll sell up and move to Greece.

Posted by The Filthy Engineer at 20:20 6 comments: