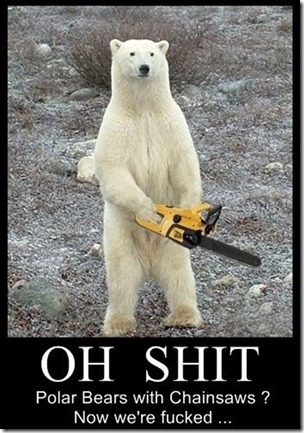 Why is it that those of us who have a healthy desire to see an honest debate on climate change meet with so much hostility?

Why is it taken to be proven that man is to blame for Global cooling/Global warming/Global climate disruption, etc, etc, by some computer models, when those models don’t agree with the observations?

Why do I get vilified by anonymous commenter's when I point out facts that I’ve gleaned from governments and renewable energy consortia, outlining the uncertainties and costs of these forms of energy? Is it because those commenter's have been so brainwashed that they are afraid, no, terrified, that they might have been hoodwinked into believing a lie?

I have three children and certainly don’t wish them a bad future. So all of you Anons out there. Why am I sceptical of the science?

Because I’m an engineer. No I'm not a scientist. However engineers have to think in an analytical manner otherwise nothing would work as it should. I had the laws of thermodynamics drummed into me from an early age and therefore know all about radiation, convection, and heat transfer.

Most of the comments I receive usually contain “Don’t you know the science is settled?” or “All the scientists agree”.

Well then, all you Anons. Prove it to me with verifiable facts. And no, I don’t mean copies of Al Gore’s “An inconvenient truth”, or the Hockey stick graph. They would cause me to slash my wrists in frustration.

And if you dare cite the myth of the dying polar bears…….

That’s me for now Oh righteous ones. I’m going to do something truly despicable to you.

I’m going to smoke a cigarette.

That most insidious form of psychosis which can cause a normally rational person to miss a train and/or miss their station.

It works under the following conditions:

It is at this point when Train Station Psychosis (TSP) kicks in. After having found themselves a seat, the traveller will become convinced that they have left something on the platform and will rush out of the train. The doors will close and the train will go without them, leaving them stranded on the platform, a victim of Train Station Psychosis.

This can also work in reverse: a train draws into a station and a person about to disembark is called back by TSP with the lure of some forgotten item. The train leaves the station and the person will be stuck on board.

It is widely believed that rail companies created TSP in an attempt to increase revenue gained from fines for 'travelling without a sufficient ticket'.

Posted by The Filthy Engineer at 19:21 2 comments:

I find it interesting that people who disagree with a Blog post of mine, are invariably Anonymous. And more often than not, have Grammar and spelling that makes mine look like the writings of Shakespeare. 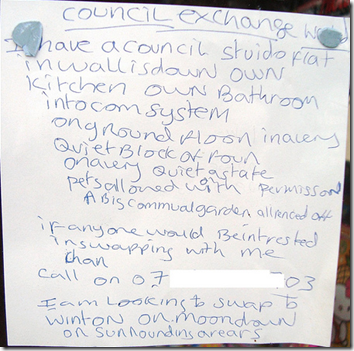 My  translation attempt at the above.

Posted by The Filthy Engineer at 17:28 5 comments: