· If Mike, Dave and John go out, they will affectionately refer to each other as Fat Boy, Dickhead and Shit for Brains.

· When the bill arrives, Mike, Dave and John will each throw in £20, even though it's only for £32.50.  None of them will have anything smaller and none will actually admit they want change back.

· When the girls get their bill, out come the pocket calculators.

· A man has six items in his bathroom: toothbrush and toothpaste, shaving cream, razor, a bar of soap, and a towel.

· The average number of items in the typical woman's bathroom is 337.  A man would not be able to identify more than 20 of these items.

· A woman has the last word in any argument.

· Anything a man says after that is the beginning of a new argument.

· A woman worries about the future until she gets a husband.

· A man never worries about the future until he gets a wife.

· A successful man is one who makes more money than his wife can spend.

· A successful woman is one who can find such a man.

· A woman marries a man expecting he will change, but he doesn't.

· A man marries a woman expecting that she won't change, but she does.

· A woman will dress up to go shopping, water the plants, empty the bin, answer the phone, read a book, and get the mail.

· A man will dress up for weddings and funerals.

· Men wake up as good-looking as they went to bed.

· Women somehow deteriorate during the night.

· Ah, children.  A woman knows all about her children.  She knows about dentist appointments and romances, best friends, favourite foods, secret fears and hopes and dreams.

· A man is vaguely aware of some short people living in the house.

THOUGHT FOR THE DAY

A married man should forget his mistakes.  There's no use in two people remembering the same thing!

Posted by The Filthy Engineer at 20:25 2 comments:

Email ThisBlogThis!Share to TwitterShare to FacebookShare to Pinterest
Labels: men

A man and a woman who had never  met  before,
But who were both married to other people,
found themselves assigned to the same sleeping
room on a trans-continental  train. 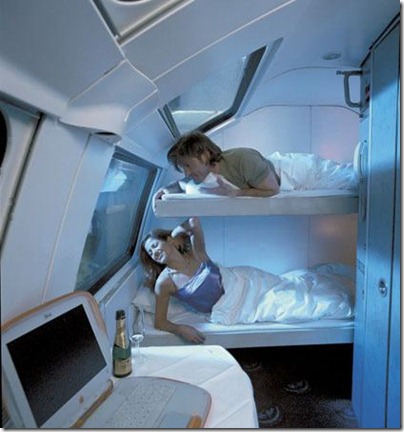 Though initially embarrassed and uneasy over
sharing a room, they were both very  tired  and
fell asleep quickly, he in the upper berth
and she in the lower.

At 1:00 AM, the man leaned  down and gently woke
the woman saying, "Ma'am, I'm  sorry to bother you,
but would you be willing to reach into the closet
to get me a  second  blanket?  I'm awfully cold."

"I have a better idea," she replied "Just for tonight,
let's pretend  that we're married."
"Wow! That's a great idea!", he exclaimed.