Engineering as it used to be. Supplemental

I was asked in the comments by Woman on a Raft, a question about what uniform we wore.

Well, to start off it was fairly minimal, but over the years the requirement for a motley selection of uniform grew.

In the beginning, the only uniform required was No.5 Blue uniform for colder climes, and evenings in warmer climes. 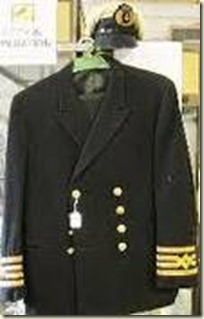 The day uniform in the tropics was open necked white shirt with epaulettes, complemented with white shorts an long white socks.

However over the years more was added ensuring that travelling with one suitcase was a thing of the past.

No.10 uniform consisting of white long trousers and a jacket with a stiff upright collar for formal wear. This was superseded by changing the top for a bush jacket with a white open necked shirt.

Next was “Red Sea Rig”. This was an evening uniform used when travelling the Red sea in the days when air conditioning was either pathetic or at worse, non existent. A cobbled together mix of white short sleeve shirt with epaulettes, coupled together with black trousers and finished with a cummerbund. (Still in use today).

For formal evening wear white mess undress was the order of the day. Consists of what can only be described as a white waistcoat with epaulettes, black trousers and a cummerbund. Oh, and I nearly forgot, a black bow tie.

After the summer of ‘76 when it got a tad hot a more relaxed rig was the order of the day for non ceremonial wear during the daytime. No 12A’s. White, long sleeve shirt with epaulettes and a black tie. (Tie comes in useful for funerals). And of course long black trousers. A “Wooley Pooley” over the top in colder weather.

Of course this saga is a bit like a government department and it’s spending. Always increase, never downsize.

In came Blue mess dress. Similar to white mess undress but with a slightly longer top over a waistcoat.

The white shirt and an shorts is slowly fading out and is being replaced with long white trousers instead. Copied from the yanks.

That’s why I needed two suitcases.

On the working rig front the situation has improved. In the dim and distant past you had to carry that around as well. Boiler suits and safety boots. Now it is supplied on a temporary loan on each ship.

Action coverall. Basically a double layer boiler suit with Velcro cuffs and collar to be worn over AWD’s in the event of going in harms way. Think war.

Anti flash hood and gloves to be worn with action coverall. The clue is in it’s name.

S10 respirator. Designed in order not to breath in those nasty's above. (Sadly I had to hand mine back in. Scares the shit out of trick or treaters at halloween).

Have a guess what I did with all that compulsory uniform?

Posted by The Filthy Engineer at 20:44 5 comments:

Some people have the strangest ideas.

An engineer has designed a new roller coaster which offers riders a more extreme experience than usual - ending in death. 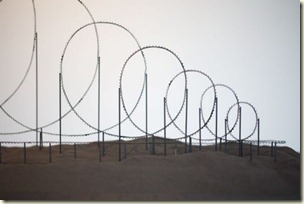 While it might look like the ultimate roller coaster, the Euthanasia is designed to 'humanely, with elegance and euphoria, take the life of a human being.'

It is designed to subject the rider to a series of extreme experiences that would eventually kill them.

Lithuanian engineer Julijonas Urbonas claims his theoretical creation will cause tunnel vision and – when travelling at 100m/s – death, due to a lack of oxygen reaching the brain.

Well I’m not going on that little monster. Even if they offer me a senior citizen discount.

Posted by The Filthy Engineer at 10:39 6 comments: