I had to laugh. This landmark case failed at the first hurdle. The accused has absconded!

Scotland Yard warned the public to beware of ''dangerous'' Blake, 57, after he disappeared from the Royal Courts of Justice, in central London.

For Christ's sake, if he's that dangerous, how could the Police LOSE him. 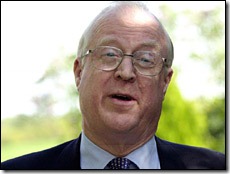 I don't know what Planet some of these MPs' come from. They certainly don't inhabit the one I live on.

Sir Nicholas Winterton has angrily denounced plans to reduce first-class travel by MPs - telling the BBC he needs "quiet" and privacy to work.

The veteran Tory MP said there was a "totally different type of people" in standard-class train carriages.

Maybe if he was forced to sit stand in second class he might just realise what the rest of us have to endure when we are travelling on Shitish Rail, or whatever it is called now.

And although we pay for it, he has this to add.

Asked whether it mattered that the public might not agree with first-class travel, he said: "I'm sorry, the public are wrong. It's for Parliament to decide not the public."

Where's Guy Fawkes when you need him?

And they came for the drinkers?

A classic remake of an old picture 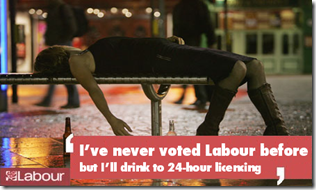