These are the people that matter now. Forget the Politicians.

A soldier rescued under enemy fire in Afghanistan has hailed his Military Cross-winning colleague as a lifesaver.

Captain Andy Bell, 26, paid tribute to the bravery of his teenage comrade after he dodged the bullets to stop the bleeding from two machine gun shots to his legs.

Private Alex Kennedy, 19, from Bromsgrove, Worcestershire, was awarded one of the UK's highest wartime honours for his heroics during the Helmand province firefight on June 8 last year.

Read it all here

Posted by The Filthy Engineer at 22:14 No comments:

Gordon Brown told Labour activists they had 22 days to persuade voters their party was "the greatest force for fairness" in Britain.

At a small campaign rally in Leeds, the Prime Minister sought to energise his party's rank-and-file as the polls showed the Tories' lead over Labour narrowing to as little as three points.

Where have I heard that sort of talk before. Oh yes. Wasn't it something like we've only got 50 months to save the planet from Anthroprogenic global warming?

I just hope that in twenty two days time the labour party and that idiot , snot gobbling, cunt,* Brown are swept from power, preferably for ever.

Specially after this quote:

He added: "Labour has been, is and will be the greatest force for fairness in our country.

It's never been fair to me and my family. We've been taxed almost to the edge of extinction and never received any of those state benefits that are heaped on the feckless. What's fair with that?

*I'm in a cross mood

Posted by The Filthy Engineer at 22:02 No comments:

So they've said sod it to one of their own.

You really must be careful of what you post on the internet. 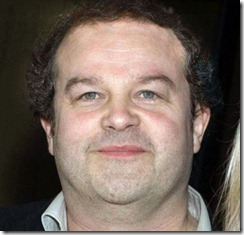 A candidate for the UK Independence party who has already been reprimanded for posting racist remarks on a website was today forced to quit after launching another abusive tirade online, this time aimed at the Queen.

I suspect the Queen has had a wry smile over this.

Posted by The Filthy Engineer at 16:41 No comments:

Watch for yourself. We are really in a Police state.

Posted by The Filthy Engineer at 11:07 No comments: