In light of todays article about why the police are tied up with HSE regulations, comes a good comedy debunking of HSE, PC, Offense, & antismoking. And pottery?

H/T to Harry Hook at the Final redoubt

Posted by The Filthy Engineer at 11:06 No comments:

Shamelessly knicked from Subrosa
Posted by The Filthy Engineer at 10:23 No comments: 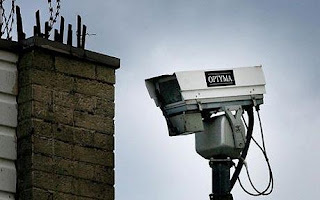 A leading Barrister has only just realised what the rest of us have known for some time.

The 'Big Brother' culture is on the march across Britain, allowing the state to snoop on phone calls, emails and even walking the dog, the country's top barrister, Desmond Browne QC, has warned.

Well blow me down with a wet feather.

In a powerful attack on the "surveillance society", Mr Browne, the chairman of the Bar Council, also questioned the effectiveness of CCTV cameras in tackling anti-social behaviour.

Here are results that purport to show how useless these monstrous machines are in protecting us.

In August an internal report from the Metropolitan Police, Britain's biggest force, found that fewer than one crime is solved for every 1,000 CCTV cameras, raising question-marks about the effectiveness of the cameras.

Now it doesn't take a genius, (I've got an abacus), to work out that, the(nearly) one crime solved, was a cost to the taxpayer for the 1000 cameras that just about detected it , £20,000,000.
Hardly value for money.
One wonders if we could uproot the lot of them, and sell them at cut price to China. Then maybe we could have some real policing back on our streets?

The full article is over here in the Daily Telegraph

Posted by The Filthy Engineer at 09:46 No comments: