So far I’ve not posted about the Wikileaks as many have posted better than I can.

However I find it strange that there are large corporations trying to cause maximum damage to the Wikileak group. Paypal, Ebay, Visa, Amazon, etc.

It is odd that they feel so strongly about Tittle Tattle voiced by Governments but didn’t seem so concerned about the previously leaked Military documents. Something is not right. 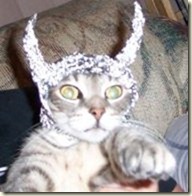 Could it be that Assange let slip that the next revelations in January will be about Malpractice in the Banking system? Bank of America was mentioned. Has this so frightened some institutions, that they maybe implicated in some illegal practices, therefore they are trying for a pre-emptive strike in the name of “National security”?

Especially if it was found that governments knew what was happening in the banking system before the crash. It would not only be CEOs of banks that would be prosecuted. Governments could fall.

What do you think?

Posted by The Filthy Engineer at 19:22 7 comments:

I used to do this for a living. Just imagine yourself in that position. Mountainous seas, reduced propulsion, and terrified passengers. Fun heh.

Note the cargo vessel trying to fire a line across. Really should allow for the wind. 2/10. Must do better.

Posted by The Filthy Engineer at 16:10 8 comments:

Are we being stitched up at Cancun?

The Secretariat will have the power not merely to invite nation states to perform their obligations under the climate-change Convention, but to compel them to do so. Nation states are to be ordered to collect, compile and submit vast quantities of information, in a manner and form to be specified by the secretariat and its growing army of subsidiary bodies.

From an article on the JoNova Blog written by Viscount Monckton of Brenchley.

Posted by The Filthy Engineer at 11:10 2 comments:

Taken from the WeatherAction.com web site.

This is a first for this site, we are posting a Public Warning for a "Winter" Solar Climate Change. Piers and I have agreed to display this information as there is potential "life threatening" conditions that will be underestimated by the media (inc. Met Office) within the next 7-10 days. With the aid of this forecast we hope to give some advance warning to those of you who are already suffering hardship and warn you of a very real risk of further and even bigger snow storms and blizzard conditions set for Scotland & England and Eastern Europe NEXT WEEK.
Please spread news of this forecast to all of those who are vunerable and try to ensure that food supplies are sufficiant to cope with this impending crisis.

This is an FE public service message.

Posted by The Filthy Engineer at 09:47 4 comments: