I admit it, I’m a banker

I left a link in a post to ZOPA.
Here’s what it does

Zopa is a marketplace for peer-to-peer lending. People lend and borrow money with each other, sidestepping the banks.

Peer-to-peer lending is a smarter, fairer and more human way of doing money. It's like borrowing and lending with your friends and family - except there are thousands of people you can lend and borrow with.
Both lenders and borrowers get better rates, because peer-to-peer lending is more efficient than the traditional banking model. Banks have massive overheads, with thousands of employees to pay and hundreds of branches to maintain. So they have to take large margins on the money that passes through them.
There's no smoke and mirrors here. Banks use your money to make even more money for themselves. They lend some of it out, gamble some of it on the price of tin or the Yen depreciating, and invest the rest in any other money-making schemes they can think of.

Now I’m a lender. To put it short and sweet, I put in, lets say £1000, and Zopa lends it out to a hundred borrowers at £10 each to minimise my risk.
Of course theirs always risk of someone defaulting. However looking at my defaulters today has given me an insight on how the habits of people have changed since the credit crunch of 2008. 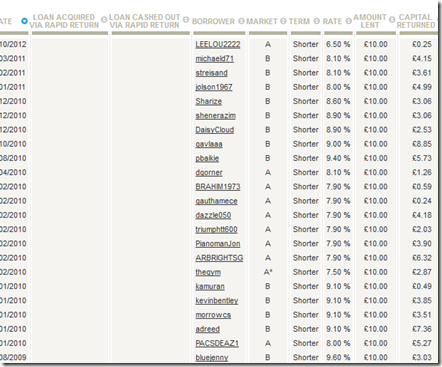 Sorry about the poor image.

As you can see in 2009 there was only one default, but in 2010 there was a whopping 18. Then just three in 2011.
My take on it is that a lot of people struggled on and finally admitted defeat in 2010 with just a few managing to hold on till 2011.
I think that people have now pruned back their expenditure and are now balancing their expenditure against their income. I did expect quite a few defaults as quite a few borrowers reasons were “Consolidate existing debts”.

The only hope I can give from the figures above is that we have moved from the “I want it now society” into a more realistic “I’ll buy it when I’ve saved up for it” society. Just like it used to to be in Sensible Britain of the past.

At the moment in the “A” market I’m currently lending at 6%, but of course I don’t get a return of 6%. I have to pay a fee of 0.5% to Zopa and I also have to factor in a 1% default ratio. This gives me a pre-tax return of 4.5%.
If you try to get a loan from Natwest for a £1000 for instance, you will be charged a whopping 22.9% for the privilege.
.
So I can’t be an evil banker really. I don’t really make much myself, and help others in need. Maybe I should register myself as a charity!

*Everyone else seems to be able to.*

Posted by The Filthy Engineer at 21:06 6 comments: 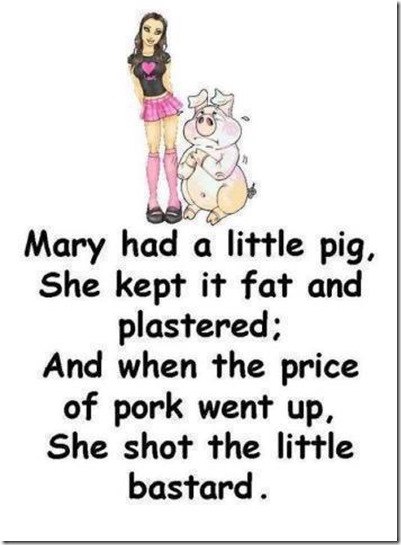 Posted by The Filthy Engineer at 18:12 No comments: