8.07pm: My colleague Hélène Mulholland is on patrol in Westminster and she's just bumped into a senior Lib Dem who explained the situation like this.

Says it all really. The sandal wearing, wind farm fanatics, never really wanted a pact with the conservatives. It was a sympathy ploy all along.

Maybe I will be proved wrong but I doubt. If I am I will do an Iain Dale and sprint  stagger drunkenly naked through the town.

*I suggest you avert your eyes as I'm not a pretty sight.*

Posted by The Filthy Engineer at 20:41 2 comments:

You remember that this was the outfit that tried to bring in a super injunction to prevent their transgressions being reported in the House of commons records.

Well they're getting their comeuppance in the from of substantial costs against them.

A record £105 million in legal costs has been claimed by a London firm acting for the victims of the alleged dumping of toxic waste in the Ivory Coast by oil trading giant Trafigura.

The figure dwarfed the previous record of £54 million in the wake of the collapse of BCCI bank in the Nineties.

Mr Justice McDuff approved the confidential settlement in the High Court. Today he was told of the staggering figure claimed by Leigh Day and Co, which compares with Trafigura's costs of £14 million.

Posted by The Filthy Engineer at 20:21 No comments:

A Lib Lab pact, Bring it on. 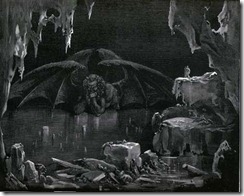 Most people will gasp with horror at the thought. However in the long run I think that it would be the best course of action.

Yes it would mean great hardship in the coming months, and shame when the IMF is eventually called in to sort out the financial mess.

But if it means another election which sweeps labour down into the ninth circle of hell, then I'm in favour.

Posted by The Filthy Engineer at 18:45 4 comments:

The Law is a joke.

26-year-old Chambers will go on trial today after allegedly posting a Tweet that threatened to blow an airport 'sky high'.

Chambers, of Balby, Doncaster, denied tweeting the message about Robin Hood Airport in Doncaster on January 6.

The post was picked up by routine investigations into the site, which lead to Chambers' eventual arrest.

Twitter users have mounted a campaign to raise awareness of the trial, with #twitterjoketrial appearing high in the UK trending topics.

Posted by The Filthy Engineer at 15:46 No comments: