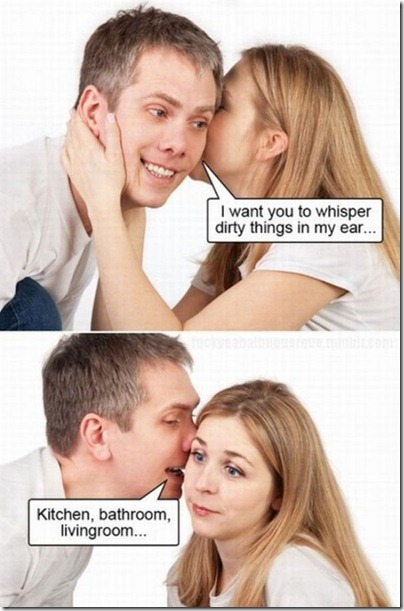 Posted by The Filthy Engineer at 19:01 2 comments: 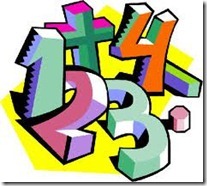 A logger sells a truckload of timber for £100..
His cost of production is 4/5 of the price.
What is his profit?

A logger sells a truckload of timber for £100.
His cost of production is 80% of the price.
What is his profit?

A logger sells a truckload of timber for £100.
His cost of production is £80.
How much was his profit?

A logger sells a truckload of timber for £100.
His cost of production is £80 and his profit is £20.
Your assignment: Underline the number 20.

A logger cuts down a beautiful forest because he is selfish and inconsiderate and cares nothing for the habitat of animals or the preservation of our woodlands.

Your assignment: Discuss how the birds and squirrels might feel as the logger cut down their homes just for a measly profit of £20.

A logger is arrested for trying to cut down a tree in case it may be offensive to Muslims or other religious groups not consulted in the application for the felling license. He is also fined a £100 as his chainsaw is in breach of Health and Safety legislation as it deemed too dangerous and could cut something. He has used the chainsaw for over 20 years without incident however he does not have the correct certificate of competence and is therefore considered to be a recidivist and habitual criminal. His DNA is sampled and his details circulated throughout all government agencies. He protests and is taken to court and fined another £100 because he is such an easy target.

When he is released he returns to find Gypsies have cut down half his wood to build a camp on his land. He tries to throw them off but is arrested, prosecuted for harassing an ethnic minority, imprisoned and fined a further £100. While he is in jail again the Gypsies cut down the rest of his wood and sell it on the black market for £100 cash. They also have a departure BBQ of squirrel and pheasant and leave behind several tonnes of rubbish and asbestos sheeting.
The forester on release is warned that failure to clear the fly tipped rubbish immediately at his own cost is an offence. He complains and is arrested for environmental pollution, breach of the peace and invoiced £12,000 plus VAT for safe disposal costs by a regulated government contractor.

Your assignment: How many times is the logger going to have to be arrested and fined before he realizes that he is never going to make £20 profit by hard work, give up, sign onto the dole and live off the state for the rest of his life?

A logger doesn’t sell a lorry load of timber because he can’t get a loan to buy a new lorry because his bank has spent all his and their money on a derivative of securitized debt related to sub-prime mortgages in Surrey and lost the lot, with only some government money left to pay a few million-pound bonuses to their senior directors and the traders who made the biggest losses.

The logger struggles to pay the £1,200 road tax on his old lorry. However, as it was built in the 1970s it no longer meets the emissions regulations and he is forced to scrap it.

Some Bulgarian loggers buy the lorry from the scrap merchant and put it back on the road. They undercut everyone on price for haulage! send their cash back home, while claiming unemployment for themselves and their relatives. If questioned they speak no English and it is easier to deport them at the governments expense. Following their holiday back home they return to the  UK  with different names and fresh girls and start again. The logger protests, is accused of being a bigoted racist and as his name is on the side of his old lorry he is forced to pay £1,500 registration fees as a gang master.

The Government borrows more money to pay more to the bankers as bonuses are not cheap. The parliamentarians feel they are missing out and claim the difference on expenses and allowances.

You do the maths.

Posted by The Filthy Engineer at 12:11 6 comments: