I’ve just been delving further into the subject of my last post. There, I was trying to understand the workings of an organisation called “The Office of International Treasury Control (OITC)”.

It would seem that they’ve operated in various countries such as Cambodia, Ecuador, and Fiji to name a few.

And of course I’d completely forgotten about this incident in the dim and distant past.

The firm made an abortive US$5 billion bid for the British car company MG Rover in 2005, the Financial Times reported, puzzling accountants by issuing a down payment of 1 pound in the form of a postal order.

What really convinces me that this is maybe a scam of the highest order, akin to a monumental Nigerian 419 operation, is the message on their website.

The server is temporarily unable to service your request due to the site owner reaching his/her bandwidth limit. Please try again later.

I mean really. If you’ve got billions to give away then surely you can afford the bandwith for your website.

Then again. maybe everyone reading my last post are scrambling onto their site to partake of their largesse.

Mind you if I drop out of the Blogosphere in the next few days………………….

UK PLC saved by a Charity? 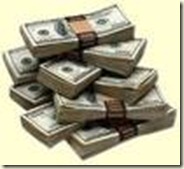 I came across this at another Blog and thought it was worth reprinting.

An Excerpt from Hansard on the 1st November 2010. Very strange.

By Lord James of Blackheath.

For the past 20 weeks I have been engaged in a very strange dialogue with the two noble Lords, in the course of which I have been trying to bring to their attention the willing availability of a strange organisation which wishes to make a great deal of money available to assist the recovery of the economy in this country. For want of a better name, I shall call it foundation X. That is not its real name, but it will do for the moment. Foundation X was introduced to me 20 weeks ago last week by an eminent City firm, which is FSA controlled. Its chairman came to me and said, "We have this extraordinary request to assist in a major financial reconstruction. It is megabucks, but we need your help to assist us in understanding whether this business is legitimate". I had the biggest put down of my life from my noble friend Lord Strathclyde when I told him this story. He said, "Why you? You're not important enough to have the answer to a question like that". He is quite right, I am not important enough, but the answer to the next question was, "You haven't got the experience for it". Yes I do. I have had one of the biggest experiences in the laundering of terrorist money and funny money that anyone has had in the City. I have handled billions of pounds of terrorist money.

Baroness Hollis of Heigham: Where did it go to?

Lord James of Blackheath: Not into my pocket. My biggest terrorist client was the IRA and I am pleased to say that I managed to write off more than £1 billion of its money. I have also had extensive connections with north African terrorists, but that was of a far nastier nature, and I do not want to talk about that because it is still a security issue. I hasten to add that it is no good getting the police in, because I shall immediately call the Bank of England as my defence witness, given that it put me in to deal with these problems.

The point is that when I was in the course of doing this strange activity, I had an interesting set of phone numbers and references that I could go to for help when I needed it. So people in the City have known that if they want to check out anything that looks at all odd, they can come to me and I can press a few phone numbers to obtain a reference. The City firm came to me and asked whether I could get a reference and a clearance on foundation X. For 20 weeks, I have been endeavouring to do that. I have come to the absolute conclusion that foundation X is completely genuine and sincere and that it directly wishes to make the United Kingdom one of the principal points that it will use to disseminate its extraordinarily great wealth into the world at this present moment, as part of an attempt to seek the recovery of the global economy.

I made the phone call to my noble friend Lord Strathclyde on a Sunday afternoon-I think he was sitting on his lawn, poor man-and he did the quickest ball pass that I have ever witnessed. If England can do anything like it at Twickenham on Saturday, we will have a chance against the All Blacks. The next think I knew, I had my noble friend Lord Sassoon on the phone. From the outset, he took the proper defensive attitude of total scepticism, and said, "This cannot possibly be right". During the following weeks, my noble friend said, "Go and talk to the Bank of England". So I phoned the governor and asked whether he could check this out for me. After about three days, he came back and said, "You can get lost. I'm not touching this with a bargepole; it is far too difficult. Take it back to the Treasury". So I did. Within another day, my noble friend Lord Sassoon had come back and said, "This is rubbish. It can't possibly be right". I said, "I am going to work more on it". Then I brought one of the senior executives from foundation X to meet my noble friend Lord Strathclyde. I have to say that, as first dates go, it was not a great success. Neither of them ended up by inviting the other out for a coffee or drink at the end of the evening, and they did not exchange telephone numbers in order to follow up the meeting.

I found myself between a rock and a hard place that were totally paranoid about each other, because the foundation X people have an amazing obsession with their own security. They expect to be contacted only by someone equal to head of state status or someone with an international security rating equal to the top six people in the world. This is a strange situation. My noble friends Lord Sassoon and Lord Strathclyde both came up with what should have been an absolute killer argument as to why this could not be true and that we should forget it. My noble friend Lord Sassoon's argument was that these people claimed to have evidence that last year they had lodged £5 billion with British banks. They gave transfer dates and the details of these transfers. As my noble friend Lord Sassoon, said, if that were true it would stick out like a sore thumb. You could not have £5 billion popping out of a bank account without it disrupting the balance sheet completely. But I remember that at about the same time as those transfers were being made the noble Lord, Lord Myners, was indulging in his game of rearranging the deckchairs on the Titanic of the British banking community. If he had three banks at that time, which had had, say, a deficiency of £1.5 million each, then you would pretty well have absorbed the entire £5 billion, and you would not have had the sore thumb stick out at that time; you would have taken £1.5 billion into each of three banks and you would have absorbed the lot. That would be a logical explanation-I do not know.

My noble friend Lord Strathclyde came up with a very different argument. He said that this cannot be right because these people said at the meeting with him that they were still effectively on the gold standard from back in the 1920s and that their entire currency holdings throughout the world, which were very large, were backed by bullion. My noble friend Lord Strathclyde came back and said to me that he had an analyst working on it and that this had to be stuff and nonsense. He said that they had come up with a figure .


1 Nov 2010 : Column 1540
for the amount of bullion that would be needed to cover their currency reserves, as claimed, which would be more than the entire value of bullion that had ever been mined in the history of the world. I am sorry but my noble friend Lord Strathclyde is wrong; his analysts are wrong. He had tapped into the sources that are available and there is only one definitive source for the amount of bullion that has ever been taken from the earth's crust. That was a National Geographic magazine article 12 years ago. Whatever figure it was that was quoted was then quoted again on six other sites on the internet-on Google. Everyone is quoting one original source; there is no other confirming authority. But if you tap into the Vatican accounts-of the Vatican bank-you come up with a claim of total bullion-

Lord De Mauley: The noble Lord is into his fifteenth minute. I wonder whether he can draw his remarks to a conclusion.

Lord James of Blackheath: The total value of the Vatican bank reserves would claim to be more than the entire value of gold ever mined in the history of the world. My point on all of this is that we have not proven any of this. Foundation X is saying at this moment that it is prepared to put up the entire £5 billion for the funding of the three Is recreation; the British Government can have the entire independent management and control of it-foundation X does not want anything to do with it; there will be no interest charged; and, by the way, if the British Government would like it as well, if it will help, it will be prepared to put up money for funding hospitals, schools, the building of Crossrail immediately with £17 billion transfer by Christmas, if requested, and all these other things. These things can be done, if wished, but a senior member of the Government has to accept the invitation to a phone call to the chairman of foundation X-and then we can get into business. This is too big an issue. I am just an ageing, obsessive old Peer and I am easily dispensable, but getting to the truth is not. We need to know what really is happening here. We must find out the truth of this situation.

How very strange. is that smarmy nice Mr Cameron aware of this? Or is it the ramblings of an aged Lord?

James attracted the attention of conspiracy theorists after a speech in the House of Lords on November 1, 2010, in which he states that he has laundered "billions of pounds of terrorist money" and claimed to have been asked to investigate an unnamed organization that wants to fund massive public works projects in the UK with vast currency reserves backed by gold bullion.  A Labour party staff member and political blogger who wrote about the story[7] speculated that the organization in question is the Office of International Treasury Control

Could be the makings of the greatest scam of all time. Who are the OITC, if they exist at all? And why would they be so philanthropic?

Posted by The Filthy Engineer at 13:26 2 comments: