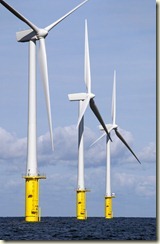 I’ve written before on how much renewable energy is becoming the most expensive form ever.

It looks even worse than I thought when I read this:

The UK has doubled its efforts to check the spiraling cost of offshore wind. A UKERC report published in October noted that in the last five years costs in the offshore wind sector have escalated dramatically, with capital costs doubling from approximately £1.5m/MW to over £3.0m/MW in 2009. The report noted that, as of June 2010, capital and energy costs peaked at approximately £3.0m/MW, or £150/MWh. Through funding, new test facilities and initiatives to flush out the most innovative ideas to address the costly challenge of deepwater, far shore wind, the UK hopes to curb these costs.

It looks like we are  shovelling more than just snow at the moment. £50 notes by the look of it.

Though it does look like one of the moneygrabbers is having trouble.

This year Vestas, the world's leading turbine manufacturer, posted first and second-quarter losses and cut its 2010 earnings outlook as customers delayed orders. In October, Vestas announced that  European market growth in 2011 would "not live up to Vestas’ expectations", prompting the company to consider closing down of a number of factories, primarily in Denmark, where its says costs are highest.

It’s not only Nigerians that are scamming, it would seem. 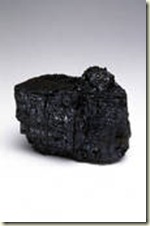 Anyone want to buy some carbon?

Scam artists from around the world, capitalizing on lax regulations at the Danish emissions trading registry, have made off with an estimated $7-billion over the last two years, according to Europol.

Posted by The Filthy Engineer at 16:05 6 comments:

A wunch of bankers.

Posted by The Filthy Engineer at 14:29 No comments:

It looks like the war against smoking and having a higher BMI has started in my area.

The laughable thing is that the hospital the reporter is standing outside is one of the worst Hospitals in the country.

Posted by The Filthy Engineer at 09:50 No comments: