And FFS why does the NHS have a guide to safer barbecues? Christ on a crutch. It's the NHS. Not a cookery programme.

Message from Simon Singh: “A big step for me, a small step for libel reform, and what you can do to help today.”

Just received this in my Inbox and felt it needed airing.

Sorry for the silence, but it has been a ridiculously hectic (and happy) time since last week’s victory at the Court of Appeal. However, I urgently wanted to get in touch to update you on the status of my case, the latest news on libel reform and what you can do today to push libel reform up the political agenda.

April Fool’s Day 2010 was a day to remember. The Court of Appeal gave a ruling in my libel case with the British Chiropractic Association. The ruling strongly backs my arguments and puts me in a much stronger position when my trial eventually takes place. At last, after two years of defending my article and my right to free speech, I seem to have the upper hand and can breathe a small sigh of relief.

Moreover, the judges made it clear that they did not want to see scientists and science journalists being hauled through the High Court. In particular, they endorsed the view that a so-called comment defence should be adequate for scientific and other articles on matters of public interest. As well as the legal technicalities, the three wise, charming and handsome judges quoted Milton on the persecution of Galileo and directed that the High Court should not become an “Orwellian Ministry of Truth”.

This is a small step forward for libel reform, but there is still a huge battle to be fought over the issues of costs, libel tourism, public interest defence, balancing the burden of proof, restricting the ability of powerful corporations to bully individuals (e.g., bloggers, journalists, scientists) and so on.

The General Election was called yesterday and the manifestos will be published in the next week, so we need one last push to persuade the major parties to commit to libel reform. Although we have already achieved a huge amount (from editorials in all last week’s broadsheets to the Commons Select Committee recommending libel reform), we must keep up the pressure!

Both the Labour and Conservative parties have made encouraging sounds about libel reform, but now is the time for them to make commitments in their manifestos.

What you can do today to pressure politicians

I have spent over a million minutes and £100,000 defending my article and my right to free speech, so I am asking you to spend just one minute and no money at all persuading others to sign the petition for libel reform at www.libelreform.org/sign

You could ask parents, siblings, colleagues or friends to sign up. You could email everyone in your address book. You could blog about it, mention it to your Facebook friends and twitter about it. In fact, I have pasted some possible tweets at the end of this email – it would be great if you could twitter one, some or all of them.

You could forward all or part of this email to people or just steer them to www.libelreform.org/sign . Or you could persuade people that English libel law needs radical reform by using some of the reasons listed at the end of this email.

Remember, we welcome signatories from around the world because English libel law has a damaging impact globally.

Please, please, please apply maximum pressure to the politicians by encouraging as many new signatories as possible. Please do not take my victory last week as a sign that the battle is over. My case is still ongoing and the campaign for libel reform is only just starting.

Thanks for all your support – it has been incredibly important for the campaign and a real morale booster personally over the last two years.

Email ThisBlogThis!Share to TwitterShare to FacebookShare to Pinterest
Labels: libel 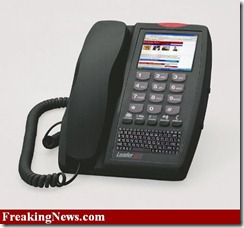 It had me thinking. Why does the Prime Minister have to go to Buckingham palace in order to dissolve Parliament?

In this digital age, wouldn't it be easier by E-mail? Or even that fairly modern thing called the Tel-E-Phone?

Then again we all know what Gordon does with Nokias.