I really really despair. Why are these fuckwits even employed in the first place? 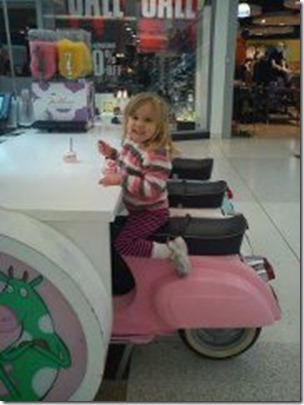 Soon after taking a snap of his four-year-old daughter Hazel 'looking cute on the back of a vespa seat at an ice cream bar', Mr White claims he was approached by a security guard and told his actions were 'illegal'.

And you know what happens next. Yes, you’ve got it.

Mr White explained his daughter was the only person present in the photos but was allegedly ordered to delete them from his mobile phone.

The 45-year-old replied that the photos had already been uploaded to Facebook and so he didn't see the worth in deleting them from his phone, prompting the security guard to call the police.

Of course the police used their common sense. No they interrogated questioned him citing the excuse of the “Prevention of Terrorism Act”.

When the police showed up, Mr White claims he was questioned in an 'intimidating' manner by one officer, who allegedly said he had the right to confiscate the father's phone under the Prevention of Terrorism Act.

A spokesman for Braehead said the centre's security guards were alerted after staff at an ice cream stall became 'suspicious' of Mr White's actions.

I bet the ice cream stall staff might wish that they'd kept their noses out of it. I think they might see a drastic drop off in their sales.

I see that this has gone viral now as even the Beeb ran with it.

There’s even a facebook page condemning the actions of Braehead staff and management. The link is below. About 15,000 members so far.

I think I’ll take up photography, specialising in shopping centres. Anyone have a small child I can borrow?

UPDATE: The management have apologised to Mr White.

"Dear Mr White
I am writing to formally apologise for the distress that we may have caused you and your family when you visited Braehead last Friday.
As you may be aware, in light of your complaint and the public debate surrounding the incident, we have decided to change our photography policy to allow family and friends to take photos in the mall.
Once again, I wish to sincerely apologise for any distress we may have caused,
Kind regards
Peter"

It would seem that the power of the internet, can work to reign in the jobsworths that infest this country.

Posted by The Filthy Engineer at 19:28 9 comments:

How to get around call centre menus?

Just a little vid to help you get through to human on the end of the phone, without having to press all those pesky numbers

If you find that you still get no sense you could call the Chief Executive of the company if you are that desperate.

Posted by The Filthy Engineer at 13:15 3 comments: 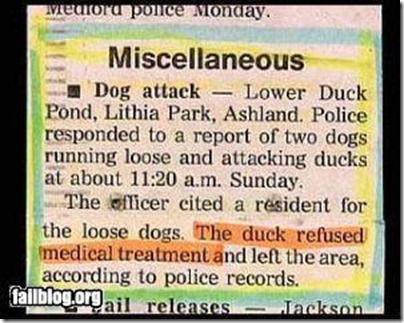 Posted by The Filthy Engineer at 10:20 No comments: