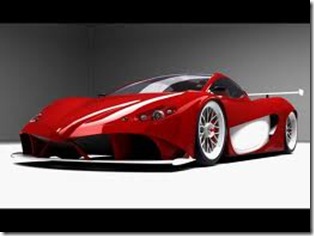 Though I doubt that the majority of the world have missed me.

We managed the journey back from “Oop North” in three and a half hours. All in all, a pretty good time. However your blogger in chief here, hates having to drive on a Sunday. I used to drive every Monday and Friday around the M25 and down the M4 in the rush hour, and was amazed by the professionalism of the drivers of both lorries and car drivers who did this every day. Very rarely did you have to take any serious evasive action, most drivers anticipated the various manoeuvres  of other vehicles.

Not on a Sunday.

Now I drive a powerful car, and like to use it to get from A to B as quickly as possible. One of the things that annoy me most, is when the Sunday driver has no idea that I’m bearing down on him and his insistence of “I’ll stick to 60 so as not to break the law” syndrome. Even when the limit is 70 Mph. I was taught that for every five seconds looking forward, you should spend one second looking in your rear view mirror. This is to gain spatial awareness of the traffic around you. In future do look in your mirror. If you do you’ll realise I don’t appear behind you as if transported down by teleporter.

Another little fact that differentiates a regular motorway user from a Sunday driver is the use of brakes. I very rarely use them. If you’re  using your spatial awareness, you look ahead and watch the brake lights of the vehicles some way ahead of you. All you do is take your foot off the throttle and increase the safe distance between you and the vehicle in front.

Then there's the old man in a hat driving his Rover 25 in the left hand lane that drives at a lower speed than an articulated lorry. Thus causing the Artics to have to pull into the middle lane to pass him. Thus adding to the congestion.

And as for the coloured (Am I allowed to use that term these days?) gentleman driving a taxi in the outside lane at that fore mentioned 60 MPH. Look around you before pulling over into the middle lane. If I hadn’t hooted you, you would have side swiped that car that was minding it’s own business. Incidentally I’ve made a mental note to never hire you.

Lastly. I haven’t had an accident (Tempting fate now) for 30 years. Mind you I’ve probably caused 100’s of Rover 25 to hurtle off the roads.

Just as a foot note. I hired a car to get me from Weymouth to Kent and what did they give me? A Rover 75! I was so ashamed that I parked it a car park rather that have it sit on my drive overnight.

The Kiss of death

Some Bikers were riding west on I-74 when they saw a girl about to jump off a Peoria bridge, so they stopped. 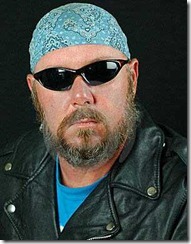 The leader, George, a big burly man of 53, gets off his bike, walks through the gawkers, past the State Trooper, and says, "What are you doing?"

So, with no hesitation at all, she leaned back over the railing and did just that... and it was a long, deep, lingering kiss followed immediately by another one.

After she's finished, George gets approval from his group, the onlookers, and even the State Trooper, then says, "Wow!  That was the best kiss I have ever had, Honey!  That's a real talent you are wasting, Sugar Shorts.  You could be famous if you rode with me.  Why are you committing suicide?"

The onlookers are still unclear whether she jumped or was pushed!

Posted by The Filthy Engineer at 15:26 3 comments: