See the great unwashed and Loony left in their natural habitat. 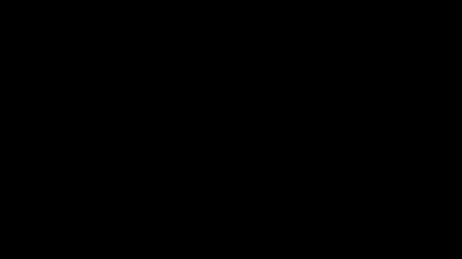 It makes you wonder if they have been taught anything at school about economics. In this clip you have everything from pianists to one eyed long John Silver look-alikes. And of course it could not be complete without the usual sprinkling of Ecoloons.

Last night I reached for my liquid viagra and accidentally swigged from
a bottle of Tippex.
I woke this morning with a huge correction.

My girlfriend said she was leaving me due to my obsession with the 60's group The Monkees.
I thought she was joking ........ and then I saw her face

I went to the pub with my girlfriend last night. Locals were shouting
paedo and other names at me just because my girlfriend is 21 and I'm 50. It completely spoilt our 10th anniversary.

My budgie broke his leg today so I made him a little splint out of a
couple of Swan Vesta's, his little face lit up when he tried to walk..
Unfortunately, I forgot to remove the sandpaper from the bottom of his
cage.

I got sacked last night from the Salvation Army soup kitchen,
ungrateful bleeders.
All I said was, 'hurry up for goodness sake, some of us have got homes to go to!'

Christmas is like any other day for me, sitting at the table with a big
fat bird who doesn't gobble anymore.

Women should be like golf caddies, either holding your balls or getting
your bl**dy tee ready!

Last night I was sitting on the sofa watching tv when I heard my wife's
voice from the kitchen, 'what would you like for dinner my love, chicken, beef or lamb?'
I said, 'Thank you, I'll have chicken please'
She replied, 'You're having soup you fat bastard, I was talking to the
cat!'

Got myself a new Jack Russell puppy, he's mainly black and brown with a small white patch, so I've named him Birmingham.

I was sat in a restaurant and got hit on the back of the head by a
prawn cocktail.
I looked round and this bloke shouts, 'That's just for starters!'

Yoko Ono has been signed up for the next series of 'I'm a celebrity,
get me out of here!'
Show bosses think she will do really well since she's been living off a
dead Beatle for the last thirty years.

Posted by The Filthy Engineer at 18:14 3 comments:

Just look at the pics below. 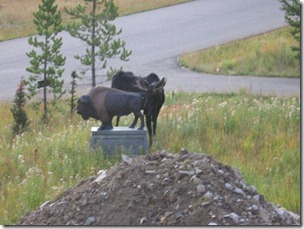 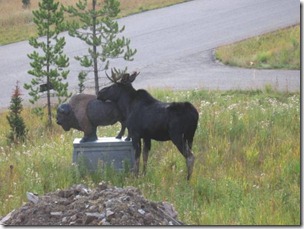 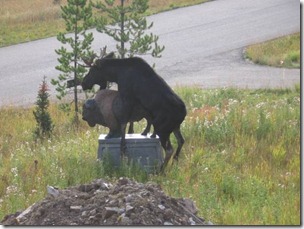 Or is it just a “moosedemeanor”?

Posted by The Filthy Engineer at 10:16 6 comments: