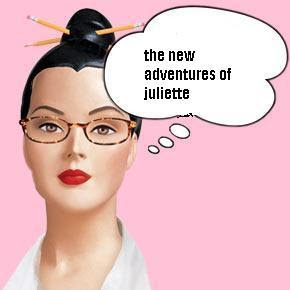 Please go over to Juliette's place and leave a comment. She is about to slash her wrists, I think
Posted by The Filthy Engineer at 19:35 1 comment:

Email ThisBlogThis!Share to TwitterShare to FacebookShare to Pinterest
Labels: Juliette

I've got it all backwards.

This is less that 2 minutes long and it is brilliant. Make sure you read it as well as listen, forward and backward.
This is a video that was submitted in a contest by a 20-year old. The contest was titles "U @ 50" by AARP. The video won second place. When they showed it, everyone in the room was awe-struck and broke into spontaneous applause. So simple and yet so brilliant. Take a minute to watch this.