I wonder if  it’ll catch on here. I suspect that it may.

Now the average Brit is a very tolerant type and has been for decades. However I think that’ll change in the next few years.

Here’s what I predict:

In 2012 the cuts will make the populace sit up from dozing on the couch (In front of the 42” TV, Natch) and realise that life is going to become very hard indeed. Petrol at £2.00 per litre for instance.

By 2015 the LibCon conspiracy is ousted by a Labour election victory.

Smoking is banned in cars and public places. A minimum price for alcohol is set at £1 per unit, and a new department for tackling obesity is formed.

Inflation rises to higher than the 70’s. The IMF are called in and declare the UK a basket case.

By 2018, the lights start to go out due to extensive power cuts caused by successive Governments’ obsession with Wind turbines and other useless bits of green thinking.

After clashes with the Police, the borough of Tower hamlets manages, through the  EU Court of Human Rights, to declare that it will abide by Sharia law, and non Muslims are forbidden.

In 2019, the Falkland Islands are occupied by Argentina as the UK  navy has been reduced to a coastal defence force.

Civil unrest breaks out  in the North of the UK, as unemployment reaches 50% and ACPO deploys heavily armed thugs Police Officers to break up the protests.

The BBC are forced to declare bankruptcy as  the majority of the populace have refused to pay for the license fee, to fund left wing spin and obfuscation. And of course they can’t pay their pension obligations as a majority of their funds were tied up in Green technologies.

2020. During a mass demonstration in parliament square, armed police shoot dead 20 protesters. Further protests erupt  throughout the UK. Millions take to the streets resulting in many more deaths, including a war hero from Afghanistan.

A police station is torched by angry protesters,

January 2020. After the coldest winter since the little ice age. Thousands of pensioners have died due to to the fact that they can’t heat their homes due to the green tariffs, mass protests become the norm outside the Palace of Westmonster.

A hitherto unknown colonel declares his battalion in support of the protesters and clashes with the police. The Police retreat in disarray.

The chief of the General staff throws his hat into the ring and declares that the army will support regime change. The Navy which has no ships, agrees. Due to the fuel shortages the RAF can’t afford to fly in support.

A citizen march on Westminster drags out those MPs who are not in hiding and submits them to a court of “Public Opinion”. 200 are hanged from westmonster  lamposts. The rest have fled the country.

Posted by The Filthy Engineer at 20:59 8 comments:

Email ThisBlogThis!Share to TwitterShare to FacebookShare to Pinterest
Labels: rebellion

Holidays. I hate them. 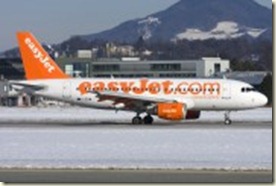 Well I hate the hassle of organising them. This afternoon I would rather have been in Libya than having to negotiate the Easyjet online booking system. Now don’t get me wrong, I do hope that those in Libya get out safely. FE in his career, has been bombed, missiled, and shot at on many occasions. Not least the Spanish Navy helicopter pilot and his depth charge. But that’s another story. Oh, I forget that cruise missile incident.

They sucker you in by purporting to have low fares, and yes, they have to their credit. The same journey by other carriers is twice as much and their route to the destination we are going to, takes twice as long.

However to avail yourself of these cheap tickets you end up paying upfront, before being asked a plethora of information that you don’t have at your finger tips. Our party consisting of seven, living in various parts of the Kingdom of Great Britain, and Northern Ireland, does not make it easy to get the info at short notice.

And God help us if I’ve mispelled a name, or buggered up a passport number, an issue date, an expiry date, a date of birth, whether I require Halal food (OK, I made that one up).

I think I’ll stay at home.