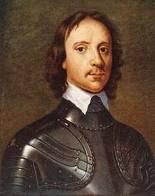 If you want your MP to know how you feel about his troughing then use this site.

You've been Cromwelled
Posted by The Filthy Engineer at 20:00 No comments:


The plight of a Yorkshire Dairy Farmer, one amongst many:

"All across the country, diary farmers are facing the loss of their livelihood. In 1985, there were 28,000 diary farmers in England and Wales. By last November, when Mr Rickatson became one of the nine dairy farmers that throw in the towel each week, there were 11,551 left. As recently as two years ago Britain was self-sufficient in milk. Now we import 1.5 million litres a day. For the farmers who struggle on, their working lives – and that of their herds – have become a grind: such is their despair that one a week commits suicide."

Bringing us closer to a food crisis: 13years of Labour and EU contempt for British agriculture

Benn calls for 'more sustainable food' and for shoppers to buy locally. This vegetarian Minister is more concerned with green environmentalism than truly helping British farmers and British shoppers. Green is the new global religion.

Below is a letter for Hilary Benn which illustrates the problems of bureaucracy and idiocy facing British farmers:

My friend, who is in farming at the moment, recently received a cheque for £3,000 from the Rural Payments Agency for not rearing pigs. I would now like to join the "not rearing pigs" business.

In your opinion, what is the best kind of farm not to rear pigs on, and which is the best breed of pigs not to rear? I want to be sure I approach this endeavour in keeping with all government policies, as dictated by the EU under the Common Agricultural Policy.

I would prefer not to rear bacon pigs, but if this is not the type you want not rearing, I will just as gladly not rear porkers. Are there any advantages in not rearing rare breeds such as Saddlebacks or Gloucester Old Spots, or are there too many people already not rearing these?

As I see it, the hardest part of this programme will be keeping an accurate record of how many pigs I haven't reared. Are there any Government or Local Authority courses on this?

My friend is very satisfied with this business. He has been rearing pigs for forty years or so, and the best he ever made on them was £1,422 in 1968. That is - until this year, when he received a cheque for not rearing any.

If I get £3,000 for not rearing 50 pigs, will I get £6,000 for not rearing 100? I plan to operate on a small scale at first, holding myself down to about 4,000 pigs not raised, which will mean about £240,000 for the first year. As I become more expert in not rearing pigs, I plan to be more ambitious, perhaps increasing to, say, 40,000 pigs not reared in my second year, for which I should expect about £2.4 million from your department. Incidentally, I wonder if I would be eligible to receive tradable carbon credits for all these pigs not producing harmful and polluting methane gases?

Another point: These pigs that I plan not to rear will not eat 2,000 tonnes of cereals. I understand that you also pay farmers for not growing crops. Will I qualify for payments for not growing cereals to not feed the pigs I don't rear?

I am also considering the "not milking cows" business, so please send any information you have on that too. Please could you also include the current Defra advice on set aside fields? Can this be done on an e-commerce basis with virtual fields (of which I seem to have several thousand hectares)?

In view of the above you will realise that I will be totally unemployed, and will therefore qualify for unemployment benefits. I shall of course be voting for your party at the next general election.

Yours faithfully,
xxxxxxxxxx
Posted by The Filthy Engineer at 19:30 1 comment:

Sexy Robots. What next? 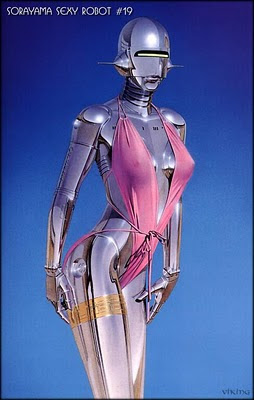 Now I never ever read the Sun. However today I snuck over out of curiosity about their labour Party poll. Then I found an article that made me spit coffee all over my keyboard.

THE world's first "sexbot" — a life-sized rubber doll named Roxxxy who can chat about football — has been unveiled.

The dark-haired, lingerie-clad robot has inbuilt artificial intelligence — meaning she can talk footie and cars with her owner.

If that was not bad enough, it goes on:

Prospective owners can pick from the five different "personalities" depending on their individual preference.

There is Wild Wendy - who is outgoing and adventurous, Frigid Farah - who is reserved and shy, Mature Martha and S&M Susan - available for more adventurous types.

A male version of the doll, dubbed Rocky, is also planned.


Whatever next. Crooked Politicians. No we've had them.

Update: Apparently the article is a hoax. I knew I shouldn't have gone there!

Posted by The Filthy Engineer at 15:12 No comments:

The Puritans are on the march again.

There is a very balanced article in Cif, by Nick Cohen. Now that the new Puritans have won the battle against the smokers, now they are coming for the drinkers.

First they came for smokers. Now the health lobby is after drinkers. But prohibition has its own dangers

Worth a read
Posted by The Filthy Engineer at 14:18 No comments:

Email ThisBlogThis!Share to TwitterShare to FacebookShare to Pinterest
Labels: Leave us alone you cunts 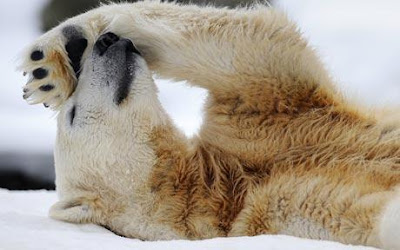 It seems there is some shift in the media over climate change. Both the Telegraph and the Mail are running a similar story about Global cooling rather than Global warming.

The world could be in for a spell of cooler temperatures, rather than hotter conditions, as a result of cyclical changes in ocean currents for the next 20 or 30 years, it is predicted.

Research by Professor Mojib Latif, one of the world's leading climate modellers, questions the widely held view that global temperatures will rise rapidly over the coming years.

And from the Mail:

The world has entered a 'cold mode' which is likely to bring a global dip in temperatures which will last for 20 to 30 years, they say.

Nothing new from BBC /Pravda though. Just this:

Scientists have uncovered what appears to be a further dramatic increase in the leakage of methane gas that is seeping from the Arctic seabed.

Methane is about 20 times more potent than CO2 in trapping solar heat.

Oh well. I wasn't expecting a breakthrough. The bear looks bemused though.

Posted by The Filthy Engineer at 09:58 No comments:

Once upon a time there was Global warming

Are you sitting comfortably? Then I'll begin.

And we all lived happily, ever after.

Shamelessly stolen from Freedom-2-Choose.
Posted by The Filthy Engineer at 05:05 No comments: