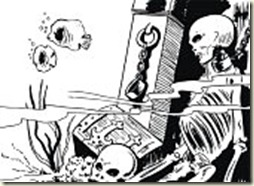 In the early hours of the morning I was woken by a loud bang that was both heard and felt. Assuming it was just the main air compressor starting I went back to sleep. I was soon woken by the general alarm. Enthusiastically jumping out of bed and throwing my overalls on I made my way to my emergency station at the Fire and Repair Party Post.

When I arrived there I found out we had been involved in a collision with an aircraft carrier. Apparently the OOW (Officer of the watch) had not seen the huge grey aircraft carrier heading straight at us because it was not in the same window he was looking out of. The ship was holed below the waterline and was taking on water at an increasing rate. Some 40 minutes after the initial collision the ship was still not fully mustered at emergency stations. Apparently this was because some ABs (Able seamen) had refused to muster because it was “outside of their normal working hours and it would make them tired in the morning”. In the meantime the ship had started to list to such a degree that the beer in the bar fridges was starting to fall over. Several engineers heroically volunteered to save the beer before it was lost.

Roughly 4 hours after the initial collision the last of the ABs had finally mustered, persuaded by the promise that the union would arrange for a “Mustering Outside of Normal Working Hours Allowance”. By this time all the ready use DC (Damage Control) boxes were under water and totally useless. All the DC timber had long since been used for other more useful things like door stops and plugging holes in leaky pumps. This didn’t seem to bother the damage control teams as they had already been back to their cabins and returned with pillows and duvets. Most of them were fast asleep on the fridge flat deck whilst the FRPP (Fire and Repair Party) OIC (Officer In Charge) and IBO (Incident board Operator) played “noughts and crosses” on the incident board.

Meanwhile the engineers who had volunteered to save the beer were busy saving the 12th case of beer. The mess president had reprimanded them for not wearing correct rig in the bar. Funnily enough they didn’t seem to be bothered. They were far more concerned about whether or not the 12 cases of saved beer should go on a chit or not. It was at this time that one of the more experienced engineers decided that the spirits should be saved as well.

Around 6 hours after the initial collision the Captain was faced with the decision that every commanding officer dreads – should he wear a hard hat or beret when getting into the lifeboat? He sent the deck cadet to check BR875 for guidance. Finally the decision was made to abandon ship. Everyone mustered at lifeboat stations – nobody quite had the nerve to ask why the Chief Petty Officer had mustered wearing ladies’ underwear. The purser just complained that we couldn’t abandon ship yet because he hadn’t done the end of month accounts.
Just as the boats were being lowered to the embarkation deck the Chief Officer made a pipe:
“In a change to daily orders there will be an action stations exercise before we abandon ship. Coveralls and anti-flash are to be worn on the upper decks.”

Apparently the Captain had decided there was time for one last pointless exercise before we went for a jolly in the lifeboats. The ship’s company marched off to action stations with much grumbling and complaining. The Chief Petty Officer continued to whinge about pointless shit to anyone in his immediate vicinity. One 2/O(E) in particular was heard to remark “This better mean I get Christmas off!”

Finally, 9 hours after the initial collision the boats were lowered into the water. A few engineers had tears in their eyes, some thought it was the sight of their beloved ship slowly disappearing beneath the waves. Those who are more familiar with the engineer department knew it was because some alcohol had to be left on board.

As the boats drifted in the water the Chief Engineer wondered if this counted as an A1 OPDEF (Operational Deficiency). The Captain wondered how many pointless exercises we could do before we were rescued. The engineer cadet wondered if Asda were recruiting….

Luckily assistance came quickly, because this had all occurred whilst moving from the fuel jetty at Yonderberry across to Devonport. However, this didn’t stop the navigator from trying to get a position fix and plot a course to the nearest land. By his reckoning that was in Norway.

As a sad footnote to this story, all those on board the Chief Petty officer’s lifeboat committed suicide when he told the same story for the 28th time.

Posted by The Filthy Engineer at 15:47 4 comments:

Engineering as it used to be. Royal Wedding Edition

I did warn you 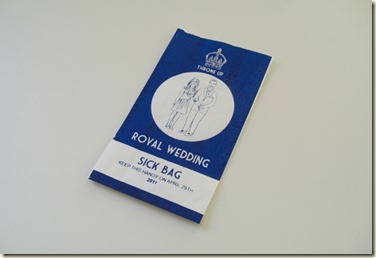 Posted by The Filthy Engineer at 11:03 No comments: