They’re coming for you now. 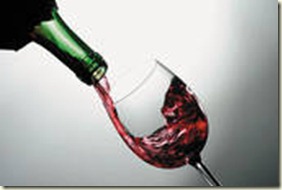 First they came for the smokers………………and I did nothing.

Then they came for the drinkers.

For all you drinking righteous who rejoiced that smokers were ejected out of the pubs and clubs into the cold. Well they’re coming for you now. The health puritans, having won their battle with smoking, are now going to use the same tactics on drinkers.

The slow creep of denormalisation by inducing a steady stream of half truths is slowly becoming a flood.

Drinking more than a pint of beer a day can substantially increase the risk of some cancers, research suggests.

The Europe-wide study of 363,988 people reported in the British Medical Journal found one in 10 of all cancers in men and one in 33 in women were caused by past or current alcohol intake.

Notice how the word “suggests” pops up in that first paragraph above. If they’re so certain, surely they would uses the word “proves”.

And from Cancer Research UK.

In the last 10 years, mouth cancer has become much more common and one reason for this could be because of higher levels of drinking - as this study reflects.

Notice here again they only use the word “Could”.

And if your overweight, they’re coming for you next.

Along with being a non-smoker and keeping a healthy bodyweight, cutting back on alcohol is one of the most important ways of lowering your cancer risk."

And from the Office of National Statistics comes this to prove that their stats about drinking more than in the past are just downright lies.

Now what shall I have for Lunch? Mmmm. I think a large pie and chips with lashings of salt. Washed down by half a bottle of Merlot. Followed by a fag.

*If any Americans are reading this. A fag is slang for cigarette.

Posted by The Filthy Engineer at 12:51 5 comments: