Engineering as it used to be - Part 4

In Part 3 I left you at my hotel prior to joining my first ship. Now comes the start of what was to become my career for 43 years…………….

No I didn’t. I struggled up that gangway lugging those two suitcases, sans wheels, sweating my bollocks off in 35 deg of heat and 100% humidity.  At the top of the gangway I was met, by a nigh on, geriatric individual, who demanded to see my ID. Not knowing what rank he was, (He could have been the  captain for all I knew. He in fact turned out to be a quartermaster), I fumbled out my seaman’s card which was readily accepted with a cursory glance. After a bit of questioning by me I was pointed in the direction of the Officers accommodation and given rough directions to the engineer’s office. Needless to say I got hopelessly lost. For a person that has never been on a ship before, directions like “ It’s on 01 deck, For’d, Port side” is akin to being spoken to in a Martian dialect.

Eventually I did find it after two days without sleep, water, and food, and met my boss, The Second Engineer (The Chief Engineer is GOD and never wants to see cadets). Surprisingly, he was very nice and showed me to my cabin which I was to share with another engineer cadet.

Anyway a week later the mighty vessel set sail. (I didn’t want to bore you with tales of drunkenness, debauchery, and the tale of falling into a monsoon ditch complete with Akai reel to reel tape deck, as I know that, is of no interest to readers of this blog. I have high standards to uphold).

That day I descended into the ninth circle of hell. The Engine Room. The moment I opened the door, two things hit me. Heat as I’d never experienced, and a noise that would keep the dead awake for all eternity.

Most of this was brought about my the most humungous piece of machinery in the middle. The main engine. A six cylinder J type Doxford. All the rage in those days. This was an engine that had two pistons in each cylinder (yes you heard me directly, TWO), whilst one went up, the other went down. They nearly meet in the middle. (An interesting fact is that they had common rail , fuel injection. The very system that modern car manufactures boast about).

More noise was created by four diesel generators producing 110V DC. (DC is the electrickery that comes out of your battery to start your car. AC is wot we use to light our houses and power our computers, etc). DC was the medium that powered the electrical circuits of ships in those days.

Have you had enough yet?

The sheer size of the engine room left me flabbergasted. The height alone was equivalent to a four story building. And in every corner there was some sort of contraption of, which at the time, I had no idea of it’s purpose.

After a couple of days of being allowed to wander round , I was told that I was going to be on a watch. What’s a watch you say? Well, before we had automation and unmanned engine rooms, someone had to be up and around. Therefore the day and night were split up into four hour watches. I was nominated for the 4-8. Ie, 0400 – 0800 & 1600 – 2000. Hell for an eighteen year old.

However I did managed to survive this vessel. Just an interesting side note. It’s cargo was ammunition and smoking was allowed almost anywhere. Mind you, you weren’t allowed to smoke in number two hold. That’s where the big bangs were kept. (Think Hiroshima).

Would you like to hear about my next ship? It involves lady boys, the Beira bucket, and more ramblings that will bore even me. 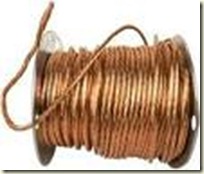 After having dug to a depth of 10 feet last year, Canadian scientists found traces of copper wire dating back 200 years and came to the conclusion that their ancestors already had a telephone network more than 150 years ago.

Not to be outdone by their neighbours, in the weeks that followed, an American archaeologist dug to a depth of 20 feet, and shortly after, a story published in the New York Times:
"American archaeologists, finding traces of 250-year-old copper wire, have concluded that their ancestors already had an advanced high-tech communications network 50
years earlier than the Canadians".

One week later, the British authorities reported the following:
"After digging as deep as 30 feet in North Yorkshire, Jack Arkwright, a self-taught archaeologist, reported that he found absolutely f*** all.
Jack has therefore concluded that 250 years ago, Britain had already gone wireless."

Just makes you bloody proud to be British, don't it!
Don´t stop believing !

Posted by The Filthy Engineer at 19:36 2 comments:

Don't you just love the RAF!

Conversation overheard by civilian airliner on the VHF Guard (emergency) frequency 121.5 MHz while flying from Europe to Dubai. 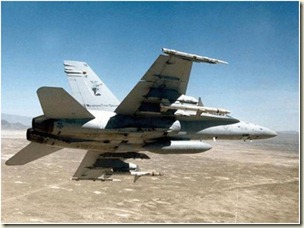 Iranian Air Defence Site: 'Unknown aircraft you are in Iranian airspace.   Identify yourself.'

Aircraft:   'This is a British aircraft.    I am in Iraqi airspace.'

Air Defence Site: 'You are in Iranian airspace.   If you do not depart our airspace we will launch interceptor aircraft!'