Did You Commit A Crime In Arizona Today 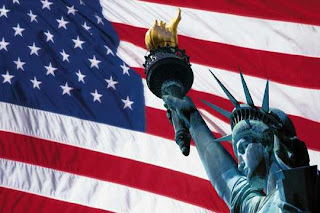 This is an incomplete post and it will be updated as more information is supplied to me.

Many of you have heard of the Gary McKinnon case where the lop sided extradition treaty signed by the Labour Government with the United States allows citizens of the the United Kingdom to be extradited to the US without any evidence being presented.

Until two nights ago I had not heard of Brian Howes and his wife who face 98 years in jail in Arizona and their children being taken into care.

Brian ran a pyrotechnic chemicals supply company that was registered with the Home office and the Special Branch. He has never been arrested for any crime in this country, yet he and his wife have already spent seven months in jail separated from their children. He has never been to Arizona.

The Arizona DEA allege, without supplying any evidence, that he was supplying chemicals that could be used to make crystal meth, I understand from Brian that a senior police officer from the UK has already been to the States to accept an award for apprehending a 'dangerous felon' ( Brian and his wife have yet to be convicted of anything in either country).

I am waiting for further information from Brian but it looks as though the DEA set up two sites to entrap people in the States purchasing chemicals and fed these through Brian's company. Brian has not been charged with any crime here whatsoever, and no evidence has been supplied to the UK for extradition because there is no requirement to do so under the 2003 treaty.

Last Friday Brian and his wife were compelled to attend their last extradition hearing. Brian's wife is heavily pregnant and asked to be excused as she was feeling so unwell. This was refused.

During the course of the hearing Brian's wife went into premature Labour, they asked leave of the Court during an adjournment that his wife could be taken to hospital. It took 15 minutes for a Judge to come back to give the Court's permission for her to be taken to Hospital, the Judge did however release Brian to go with her.

The Hospital want to give the baby the best possible chance of survival by staying within the womb for as long as possible. As I write Brian and his wife are again en route to hospital as she is in so much pain.

The Mail on Sunday are running with this story on Sunday. I said to Brian that I did not want to queer their story and Brian's publicity, by releasing this story now. He has asked that this gets out now as they are desperate and have lost all their money in defending this.

If  they have committed a crime here they should be charged here, if  the US want to extradite them provide the evidence first.

This 2003 Treaty should be scrapped or put under moratorium. You can help, please retweet this, write to your MP, write a blog post, just do something for a very desperate family.

How many of our fellow citizens are facing this ?

Fuel prices are rocketing. Road haulage companies, general businesses and private motorists are hurting. The whole economy is suffering. Fuel prices are the talk of the nation and the Prime Minister and his senior colleagues are being pressed from all angles on this issue. We believe that there is a window of opportunity to persuade the Government to tackle rising fuel prices. We have joined with the FTA to support http://www.fairfueluk.com/, which seeks to represent all road users, and is an addition to existing, intensive lobbying activity from the RHA.
We can make a difference but need your help and the help of everyone in and close to your organisation! The campaign aims are to see the next fuel duty hike planned for April which would add another 3.5 pence per litre scrapped AND to get the Government to bring in a fuel price stabiliser.
This campaign does not support blockades or any disruptive action. It does believe that MASSIVE lobbying of the politicians can and does work. It is being organised on our behalf by Peter Carroll. Peter has wide experience in the road haulage industry and founded and ran the Gurkha Campaign that won the right to live in Britain for brave Gurkha soldiers. Peter and his team at Why Not Campaign Limited are now fighting for a fair deal on fuel.
We need you to sign up at http://www.fairfueluk.com/and getting all your friends and contacts to do the same. The more that sign up - the greater the chance of success. We request that you forward this email to all your contacts and ask them, in turn, to forward it to all of theirs. Please try and get drivers, managers, admin staff, suppliers, customers, friends and family to sign. By this means, we will reach the tens of thousands of people that we need to be behind us.
Geoff Dunning
Chief Executive

A public service broadcast brought to you by The Filthy Engineer.

Posted by The Filthy Engineer at 16:51 No comments: