Olympics, Coming for a handout near you.

We all knew it would happen. The Olympic delivery Authority And that's a new speak of the modern age, if ever I heard one.)

It would appear that the cost of the Olympic Games in London is going to cost overrun again.

The Government faces the prospect of having to raid its dwindling Olympic contingency fund yet again, with officials announcing further cost increases yesterday in the delivery of the 2012 Games.

The Olympic Delivery Authority (ODA) warned that the next 12 months would be the toughest yet as the pace of construction accelerated to meet venue completion deadlines in early 2011.

The authority, which is responsible for the infrastructure at the Games, disclosed that its costs had increased by £21 million in the past quarter.

The Millennium dome all over again. Just at the time that we are broke. Why is it that all we see is open ended contracts by Government departments? The average citizen having the plumber in,  would never be held to ransom like these fuckwits in Governments.

Why don't we just give the contractors a blank cheque at the start? 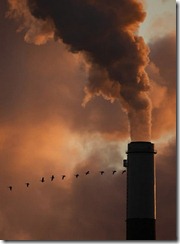 A former NASA contractor whose theory demonstrating that the greenhouse effect is constant and self-regulating and that increases in human CO2 emissions are not the source of global warming is fighting an uphill battle to publish his controversial work.

Developed by prominent atmospheric physicist Dr. Ferenc Miskolczi, the new theory is enormously significant because it demolishes the prevailing doctrine of anthropogenic greenhouse warming (AGW), which blames humans for pumping CO2 into the atmosphere and triggering runaway global warming that could eventually lead to catastrophic climate change.

I must admit that I hadn't heard of this man before today. However the story makes interesting and disturbing reading.

Miskolczi’s research was greeted less than cordially by his bosses. After submitting his results to Applied Optics, a respected peer-review journal, he was told to withdraw the paper by his employer, Analytical Services and Materials, a NASA contractor. When he protested (the paper was midway through the review process), his boss withdrew it. He later confronted his NASA supervisor, Dr. Martin Mlynczak, and was simply ignored, he says.

The full study is reproduced here.

H/T to Dianna Cotter at the Examiner