This video dates back from April. It shows the British Type 23 Frigate, Iron Duke, firing warning shots near an Iranian speed boat in the Gulf as it turned to close the frigate. One day soon there could be a serious incident.

The shots were fired  probably from a GPMG and not the Mk 48 mini gun pictured. These events are becoming more prevalent.

Posted by The Filthy Engineer at 20:36 6 comments:

Make up your minds. 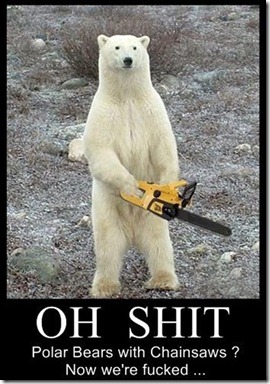 First we had Global cooling. Then we had Anthropogenic Global warming. Next was Climate change, followed swiftly by climate disruption.  Now we’ve turned the whole lot around and are back to Global cooling. My head’s starting to spin now.

Who would possibly have thought it? The latest news is that the world may be threatened by a sharp drop in temperatures, possibly so severe that it could herald a new mini ice age.

And of course the cause of it is man’s pollution of the atmosphere. What’s that I hear you say? Surely that’s warming the planet as we have been told by a consensus of scientists over the last few years.

But hang on a moment. Aren't these new climate scaremongers the very same people who only a few years back were telling us that the planet was in danger of being fried to a crisp by runaway global warming?

They're all at it — from the environmental activists of Greenpeace, the WWF and their allies in the BBC and the Met Office, to those thousands of scientists across the world who have received billions in funding from governments investing in climate change research and prevention — all still battling to keep in being the greatest scare story in the history of the world.

I only buy the Daily fail as, ahem, Mrs FE likes to read it.

The pic doesn’t fit the story, but I liked it.

Posted by The Filthy Engineer at 15:59 3 comments: 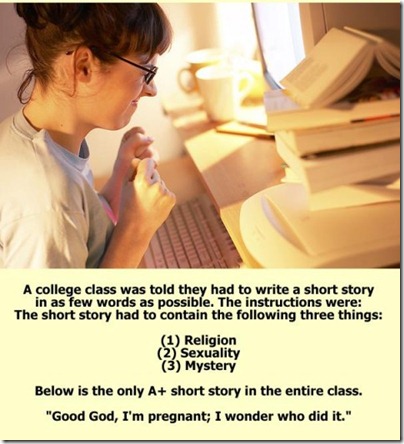 Posted by The Filthy Engineer at 11:40 3 comments: