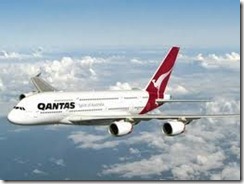 Remember, it takes a college degree to fly a plane but only a high school diploma to fix one.

After every flight, Qantas pilots fill out a form, called a "Gripe Sheet", or defect report, which tells mechanics about problems with the aircraft.

The mechanics correct the problems, document their repairs on the form and then pilots review the Gripe Sheets before the next flight.
Never let it be said that ground crews lack a sense of humour.

Here are some actual maintenance complaints submitted by Qantas' pilots (marked with a P) and the solutions recorded (marked with an S) by maintenance engineers.
By the way, Qantas is the only major airline that has never, ever, had an accident. (It nearly did have one after an engine failed and disabled the fly by wire computer system a year or so ago).

P: Noise coming from under instrument panel. Sounds like a midget pounding on something with a hammer.
S: Took hammer away from midget.

Posted by The Filthy Engineer at 20:09 7 comments:

Email ThisBlogThis!Share to TwitterShare to FacebookShare to Pinterest
Labels: quantas

A few weeks ago during the ministerial reshuffle, the slant at DECC moved from a warmist position to a more sceptical one.

Could it be that the government had been warned of this report from the MET office quietly published this week? Global warming stopped 16 years ago, reveals Met Office report quietly released... and here is the chart to prove it 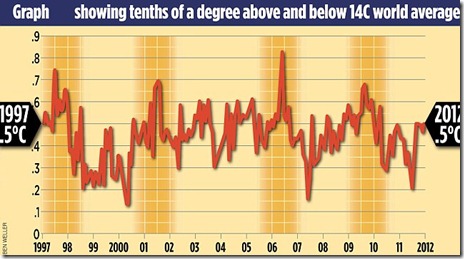 Ps. I nipped over to the warmist Blog Desmogblog to try to warn them of this heresy. Surprise Surprise. Their Email registers a fault when I try to send them the link to the article in question.

Headless and chickens comes to mind.

Posted by The Filthy Engineer at 08:52 No comments: