Much has been made in the MSM today of two girls caught drug smuggling in Peru.

Two British girls locked up in Peruvian jail have not eaten for seven days and are said to be terrified and hysterical after they were arrested on suspicion of trying to smuggle £1.5million of cocaine out of the country.

Michaella McCollum Connolly, 20, and Melissa Reid, 19, are being held in maximum security cells following claims the pair may have been working for a South American cartel.

However this is the tip of a very large iceberg.

A few years back whilst on patrol on counter drug ops in the Caribbean we received intelligence that their was a fishing vessel that was a prime suspect due to the course it was heading. After shadowing it from a point astern, over the horizon, we were ordered to close and board it at first light in the morning.

Morning came and we pounced. Actually No! On demanding full power from the diesel electric power system a Thyristor decided to blow, leaving us almost dead in the water. Well there’s also tomorrow.

Tomorrow came and things actually went to plan. After working up to full speed we launched our Lynx helicopter with orders to tell the fishing boat to heave to. (Nautical term for STOP). Of course the fishing vessel stopped. You would too, if you saw a grey chopper  circling you and pointing a Mk 48 mini gun in your general direction. 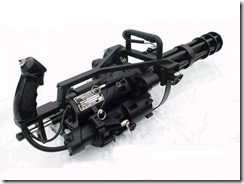 On catching up with the fishing vessel our boarding team discovered quite a haul of cocaine in 1Kg packets. How many you ask? 3,200 Kg in all. Approximately 1 billion dollars at todays estimated street value.

We boarded another two vessels in a two month period in which forensics also estimated that they had carried large quantities similar to our bust.

So when the MSM crow about a mere 11 Kg, then they’re being distracted from the big picture.

Posted by The Filthy Engineer at 20:40 5 comments: