If you’ve been reading my previous posts blathering on about marine engineering in the dim and distant past. This post I hope will illustrate the change from those days.

My last ship before retiring was state of the art. No big cathedral type engine or inefficient boilers and steam turbine any where in sight. No standing at a manoeuvring station pulling large levers just to try and make the ship move. Now it’s just done with the aid of a trackball and a click of a button on a keypad.

No big engine, instead the whole thing is electrically propelled.

The ship's diesel-electric propulsion system is based on a 14MW ALSTOM variable speed, bi-directional AC electric drive motor, controlled by a CEGELEC synchro-converter.

The ships propulsion system provides a maximum speed of 21 knots and a minimum sustainable speed of 4 knots for up to 12 hours, without detriment to the machinery. The range exceeds 8,000 nautical miles.

And guess what? All this is controlled by a joystick on the bridge. At idle there is just one generator connected to the propulsion motor. If more speed is required then generators start and connect themselves automatically, with the reverse happening when speed is reduced. Even parallel parking is made easy. Just point the joystick in the direction you want to go and the computers control the prop and the thrusters and neatly slot you where you need to be.

Running out of water? Not in this day and age. Part of my remit was to operate and maintain the two reverse osmosis plants that could produce from sea water, 100,000 litres of fresh water per day!

Now these plants looked really complicated, as there were pipes and control valves packed onto a skid and looked truly baffling to an outsider (including my boss). When we were running low on potable water I would tell my boss that I was going to start making water and he would nod sagely and leave me to what he thought was a difficult task. OMG it was. Can you imagine the difficulty of standing in front of the control panel and pressing the area on the  touch screen marked “Start”?

Another of my responsibilities was to look after the refrigeration plant. This is an area of marine engineering that has been considered as on par with the black arts by many in the engineering fraternity. In the past we had dedicated fridge engineers to look after this aspect of engineering. Due to austerity measures they were eased out and engineers such as myself did conversion courses in this necromancy. Now refrigeration has a basic cycle of compression, cooling, expansion, and evaporation. And unless someone repeals the laws of physics, this is how all fridges are going to work for the foreseeable future.

First compress the vapour, next cool it in the condenser till liquid. After that the expansion valve expands some of the liquid into vapour causing rapid cooling of the mixture which passes through the evaporator in the freezer chamber, absorbing heat from the produce contained therein. The trick is to adjust the expansion valve so that all the liquid is turned to vapour before returning to the compressor, as compressors seriously hate liquid.

The other good thing about modern ships is Engineers no longer have to stand those tedious watches of four hours on and eight off. Nowadays there is one Engineer Officer of the Day in charge of the running of the machinery, and when it gets to the end of the working day he kicks everyone else out of the machinery spaces locks the door, sets the alarm system to broadcast to his cabin, and hopes for a quiet night.

Anyone out there like to know about Replenishment at Sea?

Wait for my post about sin and debauchery prevalent in the sixties, coming to a blog near you.

Should have gone to specsavers. 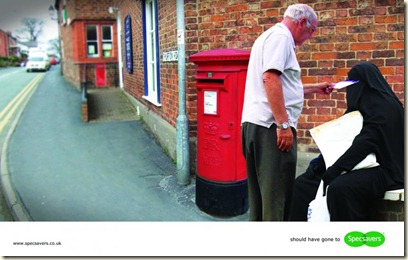 Posted by The Filthy Engineer at 20:03 No comments: